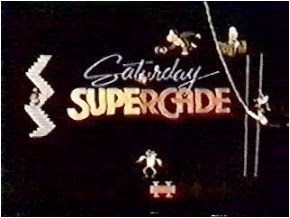 Donkey Kong
19 mini episodes of Donkey Kong were produced from 1983-84. After escaping from the circus, Donkey Kong is pursued by Mario and Pauline to bring him back. As in the arcade game, Pauline is often taken by Donkey Kong and then rescued by Mario. The cartoon featured the comedian Soupy Sales as the voice of Donkey Kong and the 80s legendary voice actor Peter Cullen as Mario. (Cullen is most famous for voicing Optimus Prime in Transformers.) One deviation from the arcade story was that Pauline was Mario's niece in the cartoon, as opposed to his girlfriend.

The Frogger cartoon featured 13 mini episodes from 1983-84. The cartoon's story consisted of Frogger as a reporter for the Swamp Gazette newspaper who was always seeking out stories to publish. He was assisted by his friends Shelly Turtle and Fanny Frog. In his journeys, he would often deal with his boss Tex Toadwalker. The tie-ins from the game were dodging and sometimes getting flattened by traffic. Frogger would not return for the 2nd season of Saturday Supercade. 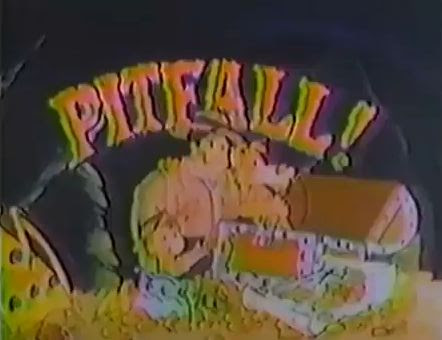 7 mini episodes of Pitfall Harry were produce for Saturday Supercade in 1983. They featured Pitfall Harry, his niece Rhonda, (I guess having a niece was the key to a good cartoon in 1983,) and their often frightened mountain lion pet Quick Claw. As in the popular Atari video game, Pitfall Harry (and crew) would set out into the jungle in search for treasures while trying to avoid various booby traps along the way. Rhonda and Quick Claw would appear in video game sequel Pitfall II: Lost Caverns. The original Pitfall remains the 2nd most popular game in Atari 2600 history behind Pacman. Despite its popularity, Pitfall Harry did not return to the 2nd season of Saturday Supercade.

Q*Bert
From 1983-84, 19 mini episodes of Q*Bert were produced. They featured our hero Q*Bert and his dealings with bullies in the town of Q*Berg. His girlfriend Q*Tee and brother Q*Bit as well as other friends would help him along the way. Q*Bert's antagonists were Coily, Ugg, Wrong Way, and Viper. The first three were voiced by voice-acting legend and Transformers alum Frank Welker. Many tie-ins from game were included in the cartoon including block-hopping scenes, flying discs, and those "swearing" bubbles proclaimed by Q*Bert. The minisodes would be featured every week in season two, while it was rotated with PitFall Harry in season one.

13 mini epsiodes of Donkey Kong Jr. were produced during season one in 1983-84. The story wasn't tied to the popular game sequel, which feature "Junior" trying to rescue his imprisoned father from Mario. The cartoon, however, was about his journeys with motorcycle riding greaser "Bones" to find his father. His catchphrase was "Monkey Muscle!" which gave him confidence in his quest. "Junior" was voiced by the aforementioned Frank Weller. 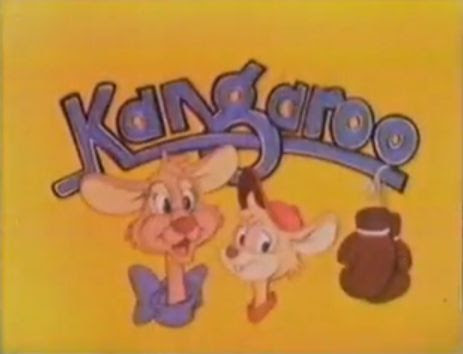 Kangaroo first appeared in the 2nd season of Saturday Starcade in 1984. It lasted for 13 episodes and featured Joey Kangaroo, his mother Katy, and Sidney Squirrel. The usual plot was stopping the Monkey Biz Gang comprised of Bingo, Bango, Bongo, and Fred. The voice actors included David Mendenhall as Joey with Pat Fraley and Frank Welker as the Monkey Biz Gang. Mendenhall would be featured in Transforemers: The Movie, G.I. Joe: RAH, and other live action films in the 80s. Fraley is another legendary voice actor who's 80s credits include the Smurfs, Muppet Babies, Fraggle Rock, and Teenage Mutant Ninja Turtles.

Another new cartoon for Saturday Supercade in the 2nd season was Space Ace. 13 Episodes were produced in 1984 based on the laserdisc arcade game. The hero of Space Command, Space Ace would work to keep peace in the universe each week against the evil commander Borf, who would try to invade earth. As in the game, Space Ace struggles with becoming a weak and clumsy shell of himself after previously being zapped by Borf's Infanto Ray. Space Ace is helped by officer Kimberly, voiced by Simpsons alum Nancy Cartwright (Bart.)

There have been attempts to release Saturday Supercade to DVD and home video but all have failed. The main reason for it's non release is the rights to most of the properties are among several different companies. However, you can catch episodes of Space Ace occasionally on the Boomerang network.