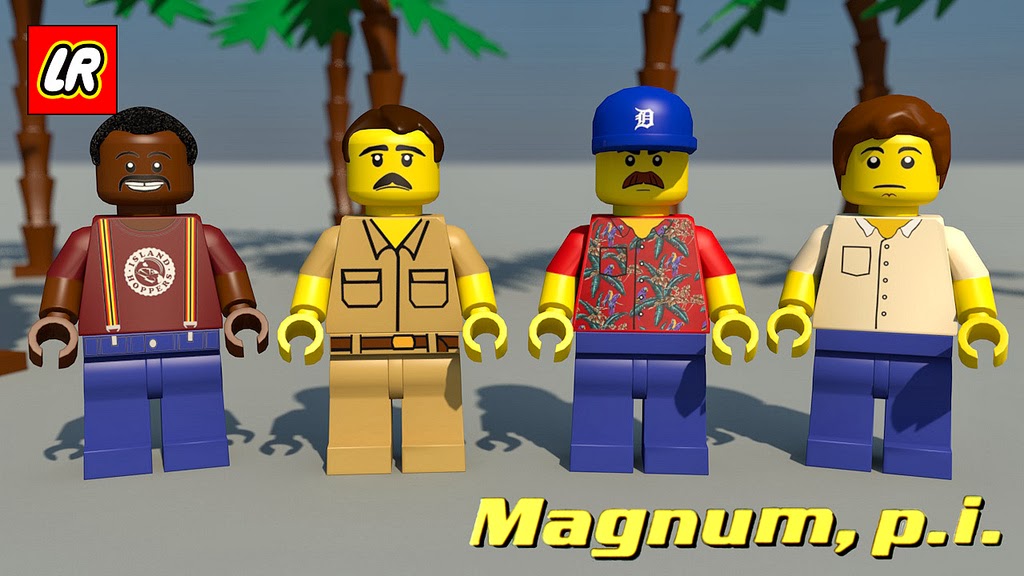 I've had LEGO on the brain lately. With the recent announcement that a 30th anniversary Ghostbusters set will be produced in 2014 and finding more LEGO'd movie scenes on Flickr, my bricked brain has been going crazy. (My boys and I also are eagerly anticipating the new movie.)

As I was scouring Flickr for movie scenes, I found a another set that deserves your support. Magnum P.I. was a staple show of the '80s. It ran for 8 seasons from 1980-88 and produced 162 episodes. The detective series combined colorful characters with awesome vehicles and a paradise backdrop that made it an instant classic.

These elements are now accentuated through a fantastic LEGO set created by Legorevival. The set has been presented to the LEGO Ideas site and is well deserving on your support to be made into an actual licensed LEGO product. Just take a look at these photos... 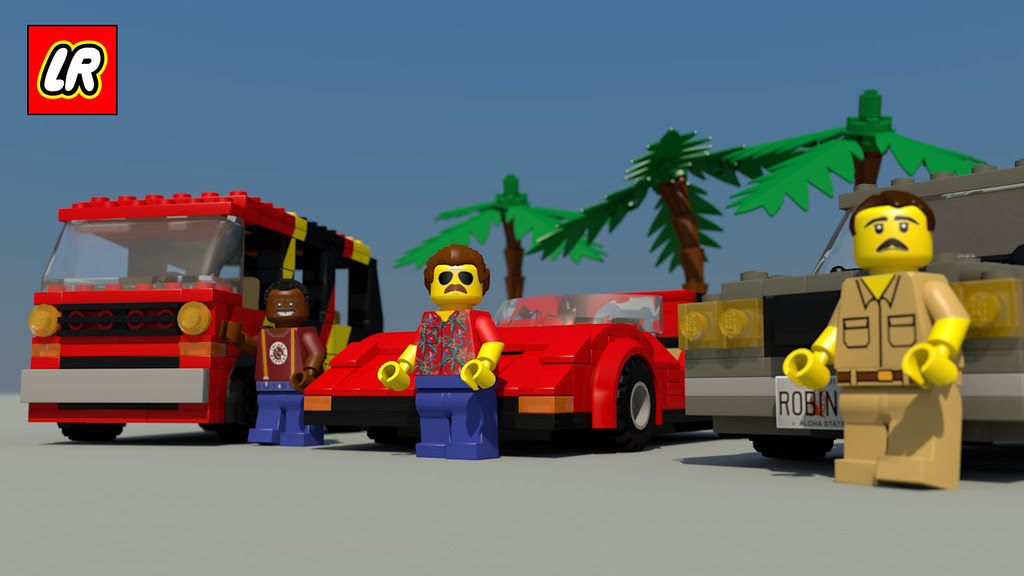 I love the Magnum P.I. vehicles. Obviously the Ferrari 308 GTS was the main vehicle on the show but T.C.'s Island Hoppers van, Higgins' Audi, and even Rick's various cars complemented each character. 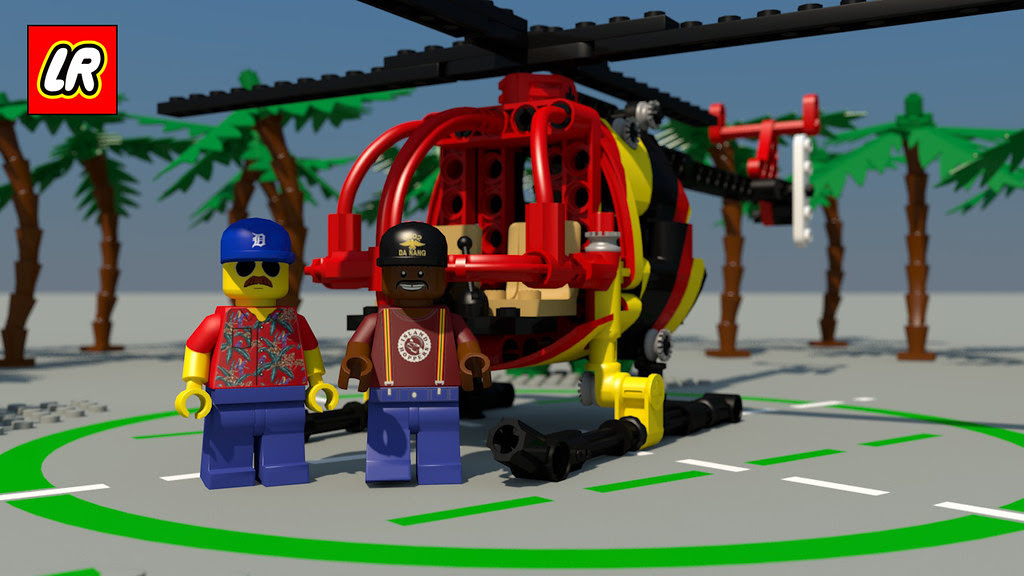 From the first scene of the intro, T.C.'s Island Hoppers helicopter was almost vehicle 1-A right behind the Ferrari. The details from the color down to Magnum's Detroit Tigers hat is tremendous in this creation. 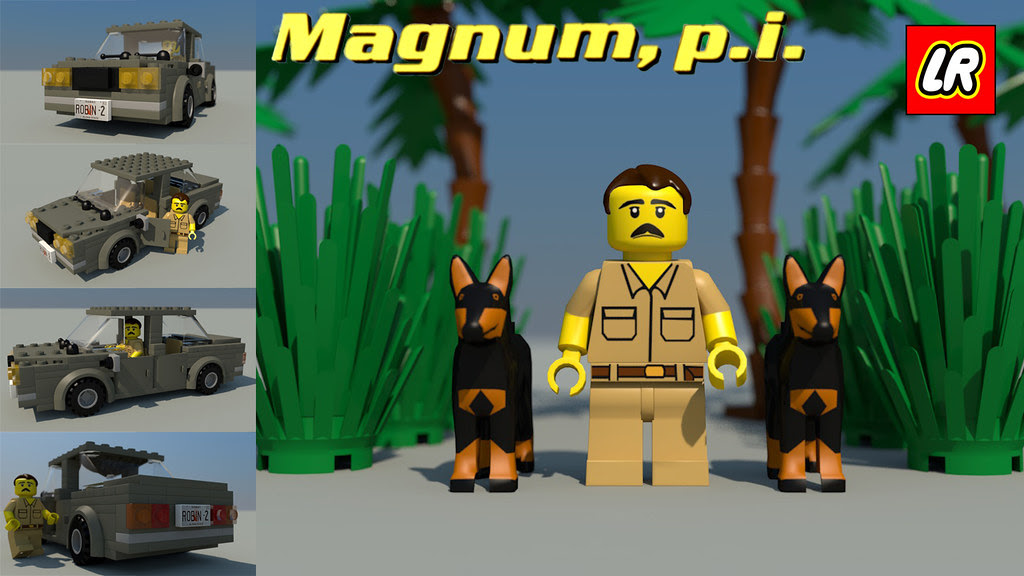 The dobermans! Those would have to be accessories to the set! 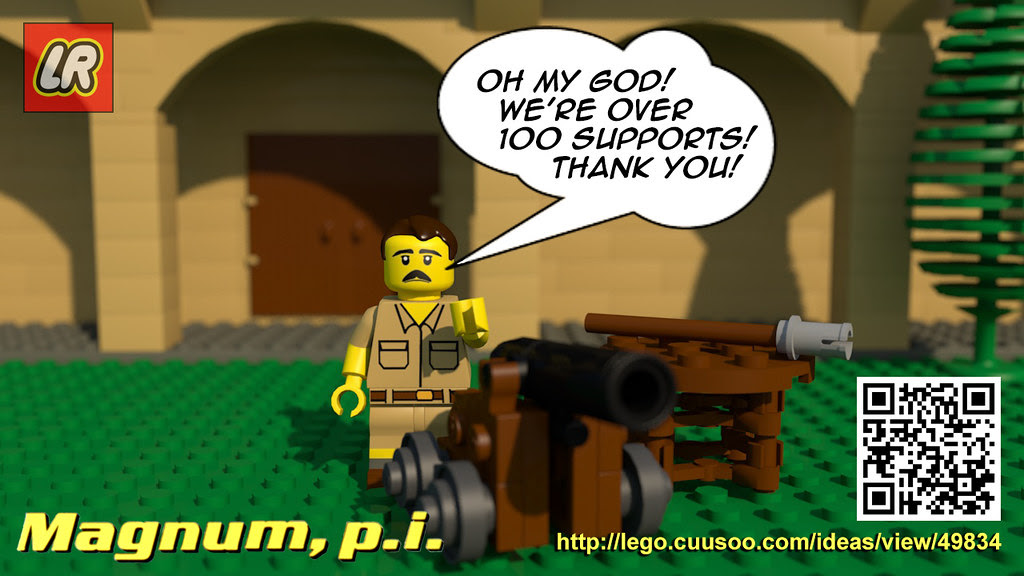 The caption made me laugh, knowing Higgins favorite catchphrase. This set should be in the 1,000 by now so please support and share with other Magnum P.I. fans. Visit the official support page on LEGO Ideas to back the project. It's a free and easy process your vote and leave feedback. Also visit Legorevival's Flick page to see more from this incredible set.

Check out this awesome intro recreation using the LEGO creations from this set!!!