The best of 1984 continues as Rank 'Em encounters television! Some great lists have been shared over the past couple weeks as we corralled our favorite movies and cartoons, but now it's time to venture into prime time and syndicated TV and rank the top 5 shows that debuted in '84.

1984 saw the end of several seasoned shows including Happy Days, Three's Company, Hart To Hart, Captain Kangaroo, Fantasy Island, and That's Incredible. The vacancies left behind by these and others made way for a slew of new TV shows. Crime drama, sitcom, vehicle-based action, murder mystery, sci-fi adventure, reality TV, and game show genres were all represented. The debuts of The Cosby Show, Murder, She Wrote, and Hunter proved just the beginning of lasting success for these shows throughout the decade and into the '90s. Other shows like Blue Thunder and Pryor's Place were practically over before they began.

Check out this playlist of several 1984 TV intros to get you in the ranking mood...

This week I welcome Nick Nugent, the author of "the ultimate guide to Knight Rider Mythology" known as the Knight Rider Companion! Nick has poured endless hours of interviews, artwork, stats, and history into this 680 page guide that is a MUST OWN for Knight Rider fans. Visit KnightRiderCompanion.Com to order your copy today of Nick's limited edition book. You can also hook up with Nick on Twitter @KRCompanion who also always posting '80s content. Nick's television knowledge extends way beyond Knight Rider, but I have a hunch he won't be able to resist putting it in his top 5 list. The time has come to rank 'em! I've listed several shows below, but as always, feel free to add others I might have missed to your list! 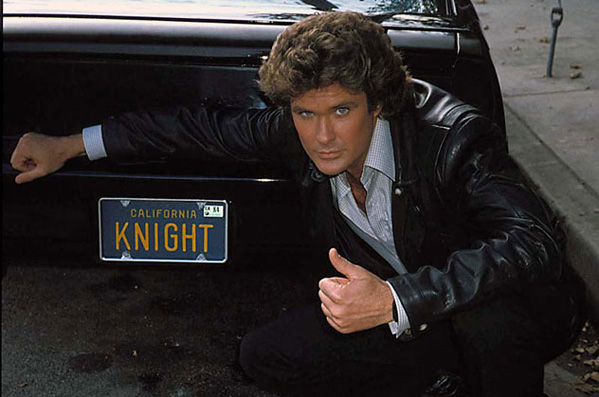 Allow me to explain this is not simply fan boy appreciation or personal bias. Season three of Knight Rider had what I felt the most exciting and memorable episodes of the franchise. We saw K.I.T.T. get completely destroyed TWICE in one season which was rare. First in the two-hour premiere "Knight of the Drones" by taking a rocket up the tailpipe and then the more emotionally driven "Junk Yard Dog" when K.I.T.T. was dropped into an acid pit and later even after being rebuilt revealed he became more than the sum of his parts or the vulnerable shell of a supercar when "he" had to overcome "his" fear of going back into the field and redeeming his failures to protect Michael Knight. Let's not forget that this season produced one of the most memorable and loved episodes of the entire series run - "K.I.T.T. vs. K.A.R.R." which remains today a fan favorite second only to Season Four's "The Scent of Roses." I've always loved Knight Rider for more than just the action and K.I.T.T.'s super features because this season showed more than ever the importance of Michael and K.I.T.T.s buddy cop relationship and continued to demonstrate the heart and positive moral lessons that kept audiences glued to their television screens without the reliance on gratuitous sex and violence. Never before had such an ambitious alien invasion project been attempted on television than V: The Final Battle. The storyline unfolded in two-hour segments (mini-series) revealing the mysterious Visitors in their iconic military driven red and black jump suits, sunglasses, and advanced technology from gleaming streamlined white space ships to super awesome laser pistols the likes of which had never been seen before along with the impressive special effects that made "V" the most popular sci-fi television show to date which had a drastic departure from the usual Star Trek inspired formats. Who didn't want to join the resistance and help Donovan (Marc Singer) and Julie (Faye Grant) take down the deliciously devious Diana (Jane Balder) and the Visitors from stealing our precious resources? "V" was a soap opera with many twists and turns but it felt more like an adventure from one episode to the next where you tuned in just to see what would happen next with our heroes having to overcome impossible odds to save our planet. Let's also not forget that "V" also guest starred arguably one of the most popular actors of the time - Robert Englund as the vulnerable Visitor "Willie". It was a grand departure from the Springwood slasher Freddy Krueger of The Nightmare On Elm Street franchise. (FUN FACT - Robert Englund would later guest star on "Fright Knight" in Season Four of Knight Rider.) From its catchy opening score (in my opinion second only to Knight Rider) by composer Sylvester Levay and the now iconic Bell 222 experimental helicopter known as Airwolf or "The Lady", our evenings were filled with high flying action and dogfights. With what was then likable characters Stringfellow Hawke (Jan Michael Vincent) and Dominic "Dom" Santini (Ernest Borgnine), us kids tuned in mostly to see Airwolf take to the air and reveal its turbo-jet engines which could achieve Mach 1 and unleash a volley of high tech weaponry such as thirty millimeter cannons, retractable "ADF Pod" (All Directional Firing) featured on the underside of the copter, "Sunburst" missiles, to other top secret advanced weapons of the time. You may not have known much about the characters of the series, but everyone remembers the helicopter which was arguably the star of the show. Like Airwolf and Knight Rider, Miami Vice contained one of the most recognized and energetic theme songs of all time composed by Jan Hammer. When those drums beat and that guitar kicked in backed up by echoing synthesizers, you knew you were in for one hell of a treat. Sonny Crockett (Don Johnson) and Ricardo Tubbs (Philip Michael Thomas) rocked our world in their stylish pastel shirts, Armani jackets, and sports coats fighting crime in their sleek looking Ferrari Daytona and signature white Testarossa as it raced down the palm tree streets of Miami. Flashy fashion, fast cars, speed boats, and an art deco backdrop of blazing neon and fast drawn guns made this series stand out and redefine what a "buddy" cop show could achieve for a new "MTV" generation that demanded more energy and style from an older genre. Miami Vice also holds the honor of having not just its theme song well remembered but also the more reflective and emotionally driven track, "Crockett's Theme". While Jeopardy may have been around before 1984, it wasn't until this year that we were introduced to the charismatic host Alex Trebek who would go on to continue to host this trivia based series today. Aside from the knowledge gathered from each series of challenging questions and the hunt for the famous "Daily Double", as a kid growing up - what stuck out to me was how Jeopardy opened with its dramatic build up and then beautiful arrangement of melodic synthesizers and catchy rhythm. Of all the game show themes of the time, Jeopardy's 1984 theme still remains stuck in my head to this day. 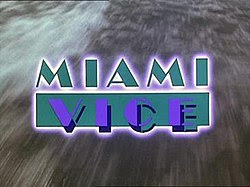 If an alien landed on earth and wanted to see life as it was in the 1980s, I'd pull up Miami Vice on Netflix. Not sure there is another show from the '80s that has more influence. I didn't watch it much as a kid as my parents deemed it too violent, but I do occasionally watch episodes today and is still a great show. The guest stars, the car chases, the music...it just has a way of putting you right back into the decade. Night Court is definitely in my top 3 sitcoms of all time. So many great characters were on the show. As a kid I loved Bull and Judge Harry, but watching now, the angst of Dan Fielding always makes me laugh. So much of his humor went over my head as a kid. What can't you say that isn't good about The Cosby Show? I remember watching it with my Gram when I'd stay overnight. I can easily say its the best family-oriented sitcom of all time. My heart for Hollywood vehicles holds a special place for Airwolf. As a kid and even to this day when I sit and watch, I literally find myself anxiously anticipating the attack chopper rising from its desert cavern. The effects are dated, but the first couple seasons are still a fun watch today. One of the shows I remember watching on a regular basis with my dad was Lifestyles of the Rich and Famous. Dad mainly watched it for one reason...the cars. He didn't care about the houses, yachts, or lavish dining. He wanted to see what these millionaire playboys drove. It often led to conversations about what we would put in our garages if money were no object and for that reason, it makes my top 5.

I knew Nick couldn't manage to stay away from Knight Rider, but I won't hold it against him. Now it's your turn to rank the top 5 TV shows of 1984! What were your favorite shows? Post your Rank Em list in the comments. Also, drop an email to jason@rediscoverthe80s.com if you have an idea for a future topic and would like to be the guest ranker.