The Rediscover the 80s crew (admin Jason and contributor Wyatt) got to meet and greet some of our favorite Hollywood vehicles yesterday. Several months ago I came across an Atlanta TV station story that featured collector/restorer Jerry Patrick and his Akajunk Restoration business. My longtime friend Wyatt was coming down this weekend for a few days and I had the idea of contacting Jerry to see if we could get a tour of his collection after I picked him up from the airport. As you can tell, Jerry invited us in with open arms and we both got to meet some of our childhood vehicle idols and hear some great restoration stories.

Greeting us in Jerry's driveway with his cylon eye set to scan mode was one of our personal favorite cars, K.I.T.T. from Knight Rider. We got to take several pictures and even sit in the driver seat. K.I.T.T. was still a work in progress with Jerry eagerly awaiting his electronic dashboard and steering wheel to arrive for installation. From the outside though, K.I.T.T. looked like he was ready to turbo boost through a tractor trailer. This was the first time I met the car in person while Wyatt remembered meeting him back in the '80s as a boy at a local mall.

Behind K.I.T.T. was one of Jerry's favorite builds, the Batmobile from Tim Burton's 1989 film Batman. The restoration started with a shell cast from the original mold and then using a small block Chevy engine to create an awesome, drivable Batmobile. The signature of this vehicle is the pop-up machine guns that fire compressed air which you would swear were the real thing. Jerry's website features some great restoration pics of this vehicle. 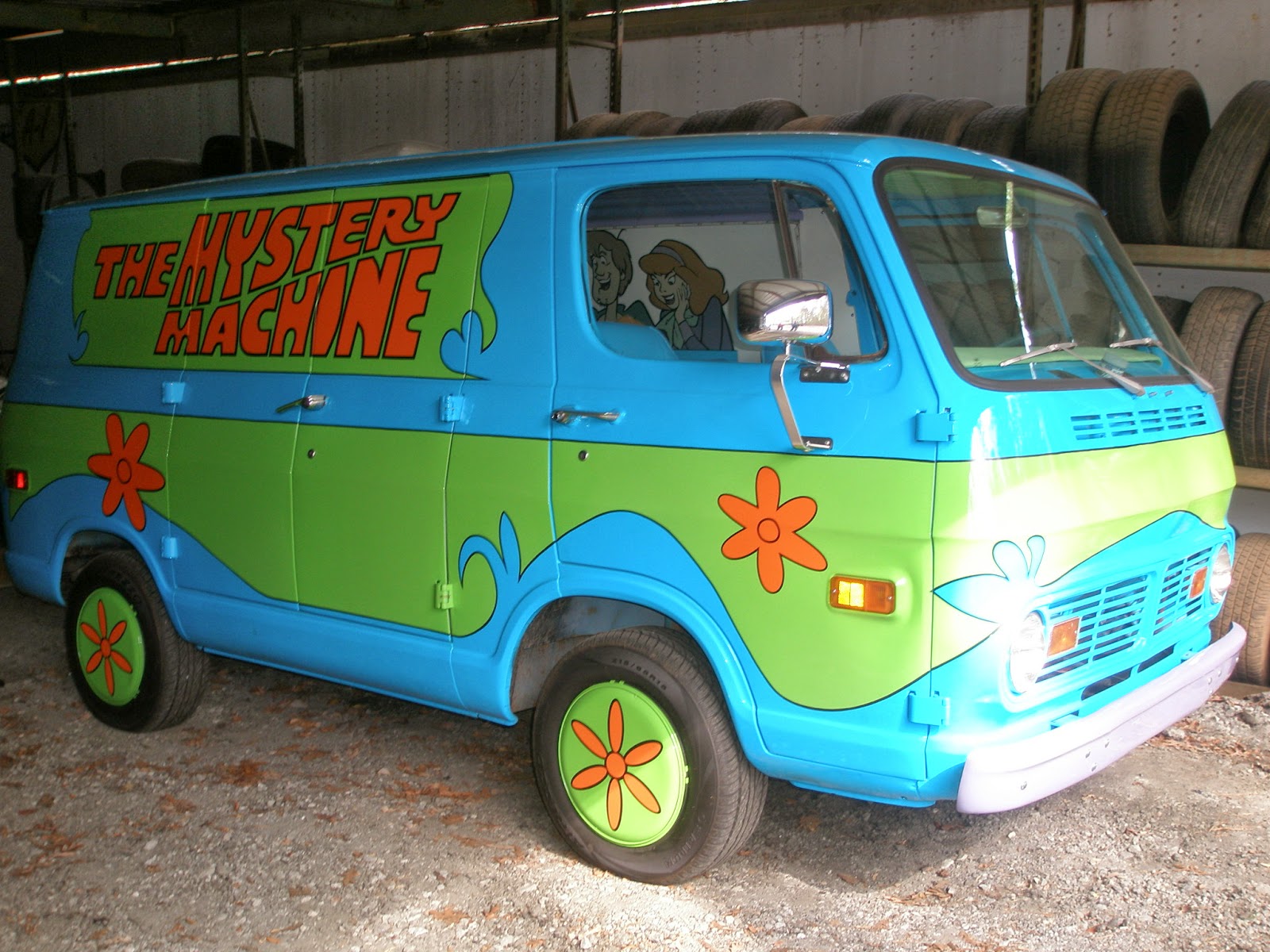 In one of Jerry's garages sat what is probably the hippest Mystery Machine on the planet. Murals of the characters and a LED light show made the interior a feast for the senses that Scooby and Shaggy would appreciate. 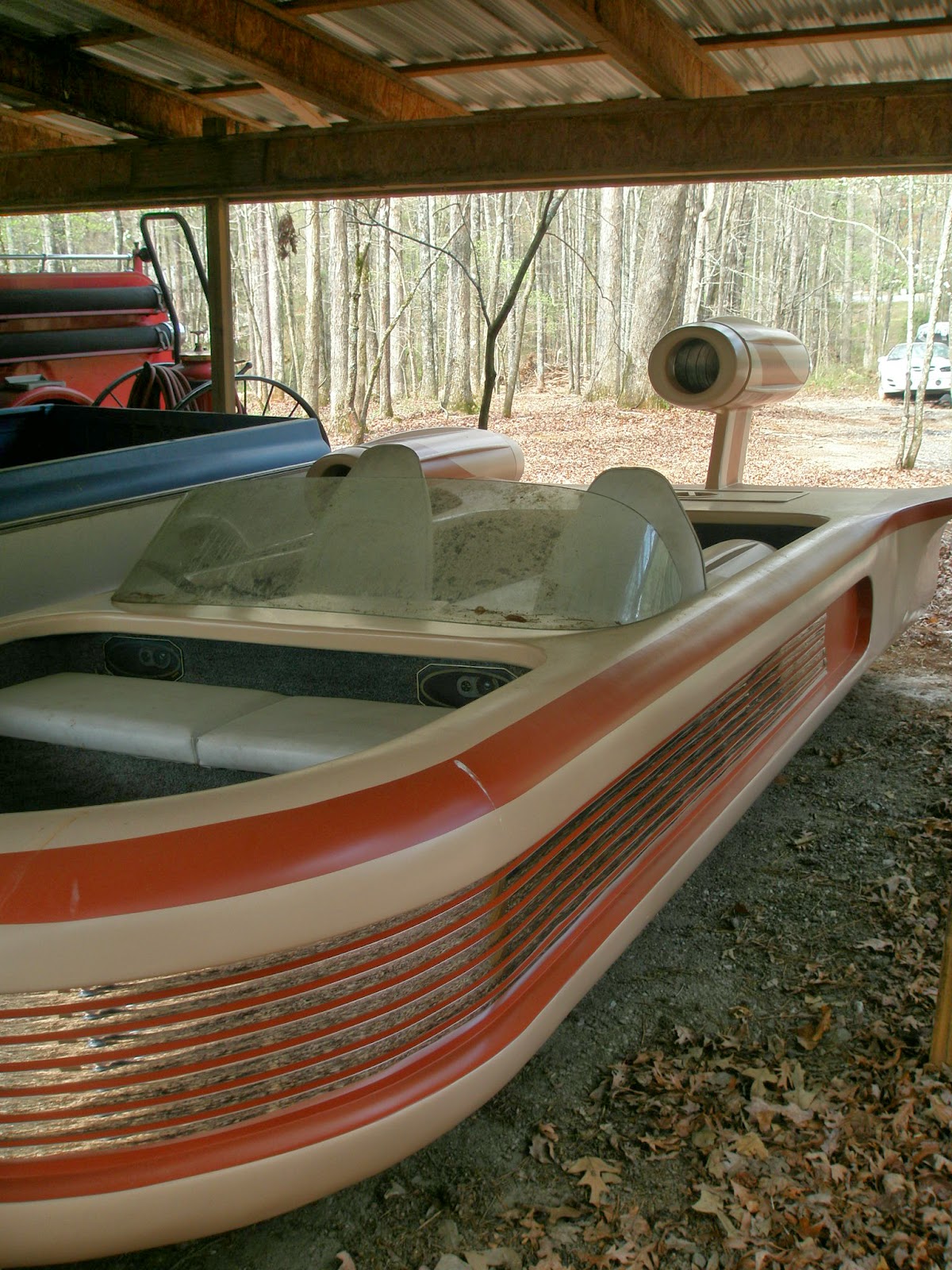 We got to meet several other vehicles that were outside of the 80s realm. One in particular was Luke Skywaker's landspeeder from the original Star Wars film. This was one of the few vehicles that Jerry purchased nearly complete. He bought it from a gentleman that was commissioned to build two for a boat race. That's right, this landspeeder is a boat with retractable wheels! George Lucas himself gave his blessing to build the vehicles years ago and Jerry purchased one that had been in the builder's collection. Jerry's plan was to add a Camaro windshield to make the vehicle look more like the one in the movie. Other vehicles we got to see included the "Eleanor" Mustang from Gone in Sixty Seconds, Herbie the Love Bug, Mater from Cars, and the white 1948 Ford Grease Lightning from Grease. We also got to meet a mid '70s Bumblebee Camaro that was extremely screen accurate to the one featured in the first Michael Bay Transformers film.

Jerry also had some projects currently in the works and showed us his plans for a couple future vehicle recreations. Awhile back, he sold his Dukes of Hazzard General Lee, but with his current project, he has no rejects letting it go. Found in a elderly lady's backyard and auctioned to the highest bidder, Jerry managed to place the winning bid for his current General Lee project. The Dodge Charger contained its original 383 V8 motor/transmission and after blowing out the gas line and adding 5 quarts of transmission fluid, the car howled back to life. So much so that Jerry showed us the skid marks on his driveway! 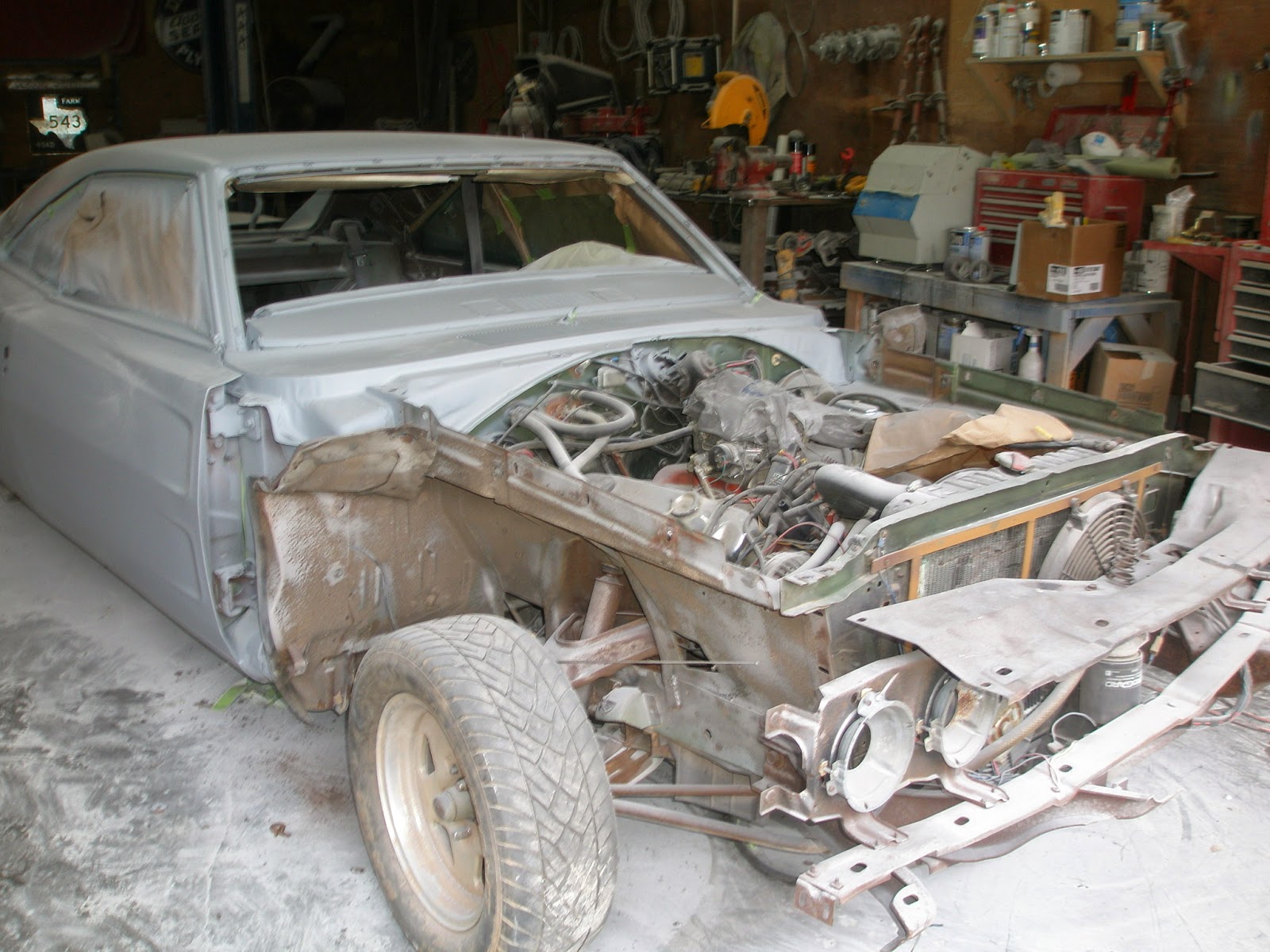 Two other projects that Jerry has planned are two vehicles I would personal love to own and drive. The first is B.A.'s van from The A-Team. Sitting outside the garage just waiting for attention is a white GMC van with a blue spoiler. Jerry plans to transform this ordinary van into one suitable for soldiers of fortune. Jerry also has plans to build a replica of a car that currently sits in the Rock and Roll Hall of Fame. In 1983, ZZ Top released their eighth studio album titled Eliminator. It would become their most successful album selling over 10 million copies and also producing three popular music videos on MTV. The 1930s Ford coupe on the album cover came to life in the videos and became forever stamped in ZZ Top's legacy. In the back corner of a storage garage sits just that, a hot rod waiting to become a rock 'n roll chariot. My deepest thanks goes out to Jerry and Akajunk for giving us a small peak into the world of restoring famous cars. I invite everyone to like the Akajunk Facebook page and check out pictures of other current projects like the Munster's coach! All of Jerry's cars are available for rent at shows and conventions so connect to inquire.

Finally, with my first opportunity to take some pics with K.I.T.T., I had to try and replicate some shots taken back in the day with David Hasselhoff. Here is Wyatt and me spending some quality time with the Knight Industries Two Thousand.