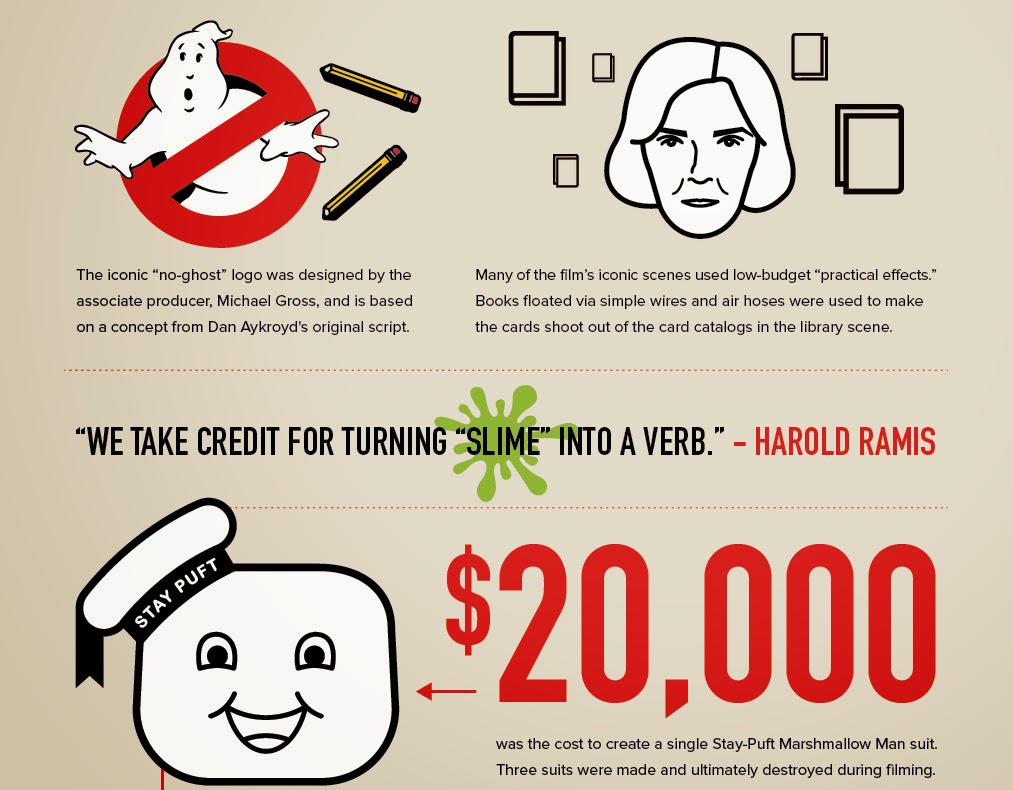 Several websites in my RSS feed have featured this awesome "30th anniversary of Ghostbusters" infographic over the past several days and thought I'd share it as well. Created by Mike Seiders of SDRS Creative, the image streams several facts about the original film's production, cast, theme song, and even the sequel Ghostbusters II...just be sure not to cross them. (Click the image if you need to expand to its original size.)