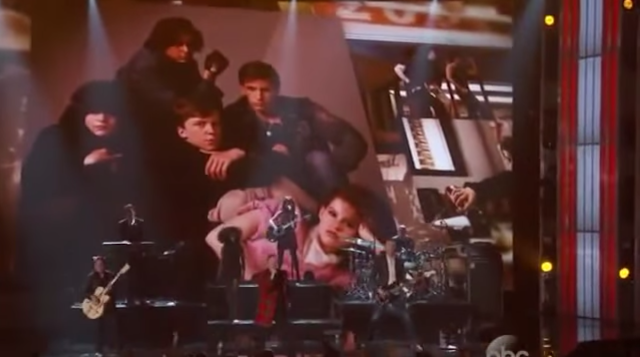 Introduced by Molly Ringwald, Simple Minds performed their biggest hit at the 2015 Billboard Music Awards last night to honor the 30th anniversary of The Breakfast Club. Ringwald first asked and then joined Taylor Swift's entourage in the front row for the performance with Jennifer Lopez also seen dancing along in the audience.

I don't much get into music award shows anymore, but I'm glad to see performances like this still happen. Simple Minds sounded great nearly 30 years to the day (May 18) that "Don't You (Forget About Me)" hit the #1 spot on the US pop chart. It's one of those tracks that instantly takes me back when I hear it now and last night was no different...