Great news for comic books fans, Lion Forge Comics has struck a deal to be featured on the comiXology digital platform. Established titles like Miami Vice, Miami Vice: Remix, Knight Rider, Airwolf, Punky Brewster, Saved By the Bell, and Saved By The Bell: Bayside Warriors are now available in the Comixology Lion Forge section online and the Comixology app. 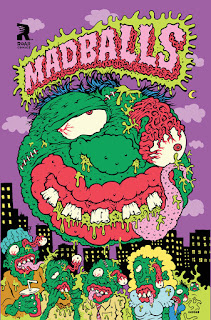 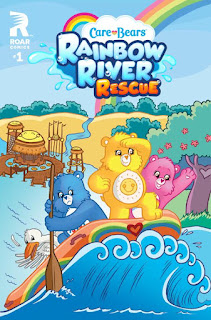 The deal adds more than 20 new series including at least one new release each month for the rest of 2015. The deal also includes titles published under the Roar Comics imprint like the new Care Bears series and the upcoming Madballs series announced at this year's San Diego Comic-Con.

“Lion Forge is absolutely committed to digital publishing and making comics available to everyone, everywhere, no matter what platform or device they prefer, as our motto states: Comics For Everyone,” Lion Forge CEODavid Steward II said. “It’s so important to have comiXology as a partner in this, not just because of their reach but because they share our passion for making comics fans out of everyone on the planet.”

“I’ve been very impressed with Lion Forge’s output since their debut and am overjoyed that comiXology fans everywhere will be able to share their great titles now that Lion Forge’s entire catalog is available on our platform,” said Chip Mosher, comiXology’s VP of Communications and Marketing.

I'm excited for Lion Forge and hope that comiXology users will be encouraged check out their retro titles. If you need a starting point, I'd recommend the Knight Rider series that we recently reviewed and talked about on the RD80s podcast. We hope to review more Lion Forge/Roar comics in the near future!

Get the comiXology app for iPhone/iPad or Android to access Lion Forge titles and also more from the likes of Marvel and DC Comics. You can also visit LionForge.com or Amazon to download titles and begin a new comic book journey today!