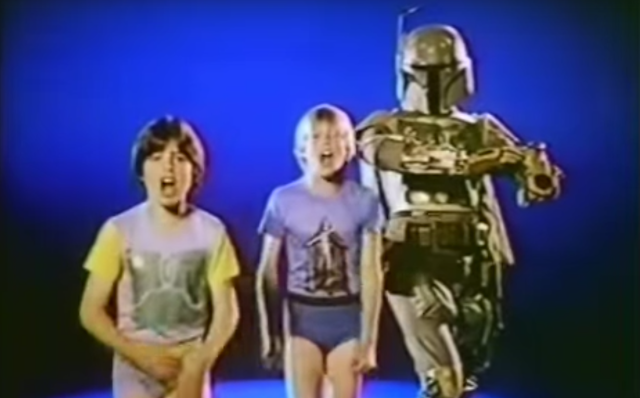 If you were a kid in the '80s, chances are you wore Underoos brand underwear. Fruit of the Loom developed the idea back in 1977 and obtained licenses for Marvel, DC Comics, Archie, and Hanna-Barbera characters to print on their children's underwear. After testing in three different markets, the demand was so strong that they immediately expanded the product nationwide.

Underoos would plaster everyone from The A-Team to Wonder Woman on kids t-shirts and "tighty whities" throughout the '80s. Almost 40 years later, the Underoos brand is still around. Kids-at-heart can now purchase adult-sized Underoos to bring some geeky nostalgia (and a little creepiness) to the bedroom.

What made Underoos so coveted by kids was the ridiculous commercials pitched to us on Saturday mornings. Young kids would prance around singing and dancing on our TV screens as they modeled the underwear, sometimes even with. Of course, we didn't give those ads a second thought back then but watching them now is a little...awkward!! Today being National Underwear Day, let's check out some of the most absurd and now awkward Underoos commercials...

Every wonder where Tony Basil got the inspiration for the "Mickey" music video?

The ultimate underwear aficionado in the universe Superman endorses Underoos. Let's just hope he honors that no x-ray vision waiver he signed.

I'm pretty sure they had to pay royalties to the Sugar Hill Gang for this commercial.

My mirror image comes to life and attacks me in my room? Wasn't this a Twilight Zone episode?

Pretty sure this stage production was an FBI sting.