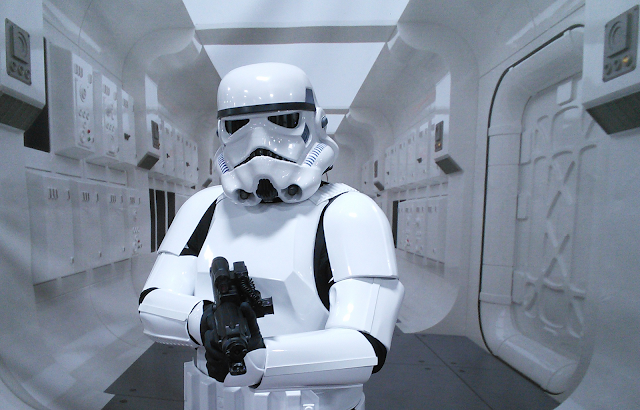 With Retro Con 2015 being our first retro or comic conference, we were both a bit apprehensive but also looking forward to seeing what cosplay characters would surface. We weren't sure if there was some kind of unwritten cosplay etiquette when asking for a photo other than just being polite. It turned out that each of our encounters were very pleasant and each person was more than happy to strike a pose.

As we entered Hall C at the Philly Expo Center, the first cosplay that grabbed our attention was Harley Quinn in her red and black outfit wielding a large mallet.﻿ Throughout the day, we would see everyone from Indiana Jones to the "Mouth of the South" Jimmy Hart. The peak time was in the afternoon when the official cosplay contest began for the adults and children. Here are a few snapshots we took throughout our visit on Saturday. 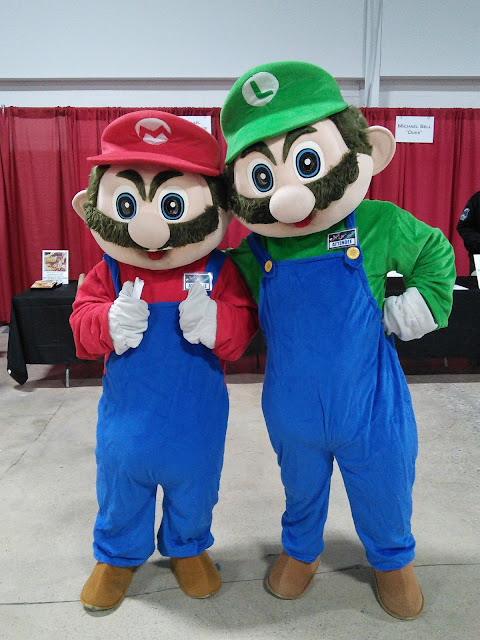 The 30th anniversary of Super Mario Brothers on NES was actually that weekend and I spotted these two "brothers" pretty much the entire day. 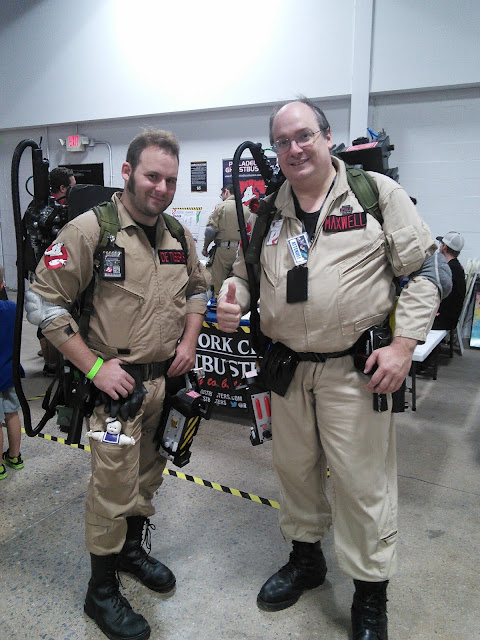 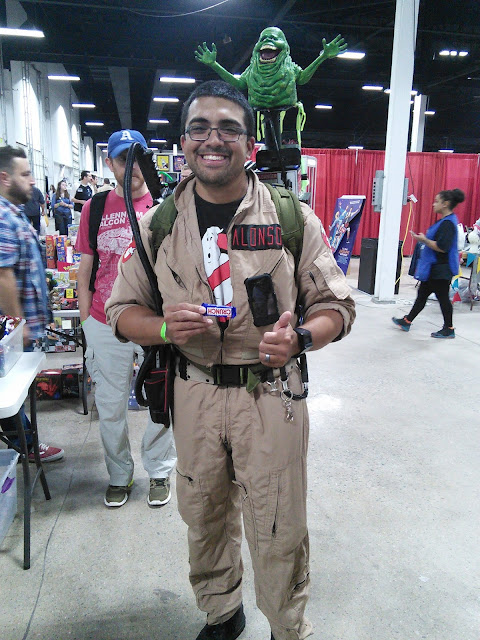 As I mentioned in an earlier post, Ghostbusters was probably the most represented franchise at the con. At least three factions of fans (Philly, New York City, and New Jersey) were on hand to show off their gear and vehicles. 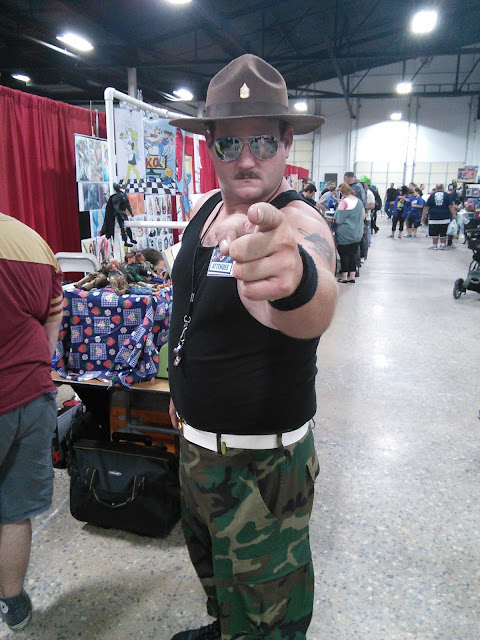 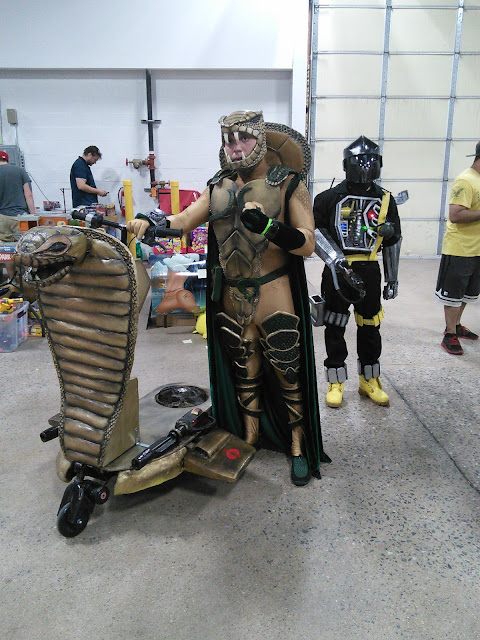 Cobra-la-la-la-la-la-la!!! G.I. Joe also had a strong representation at the con. Sgt. Slaughter was one of the first cosplayers that I approached for a picture. Later in the day, a team of Joes and Cobras were making the rounds which included an incredible Serpentor costume with an air chariot! 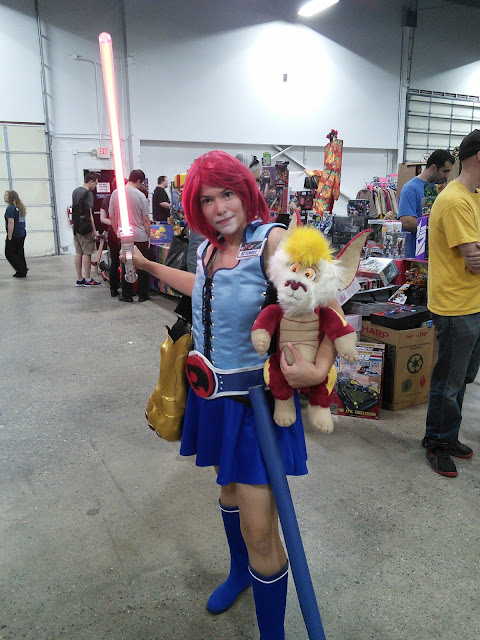 With the voice of Lion-O on hand, I knew we'd spot some Thundercats and was happy to see this female Lion-O as we browsed through the vendor tables. The light-up sword and pet Snarf were a fun touch. 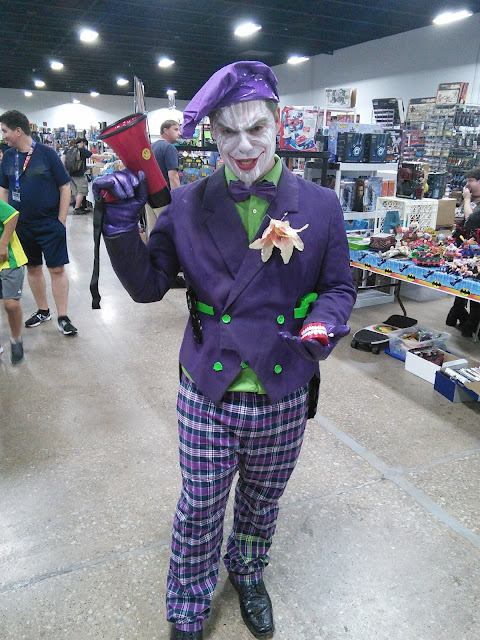 "Gentlemen, let's broaden our minds." The one Joker I spotted throughout the whole day was surprisingly from the scene in the 1989 film when he and his crew "improve" the paintings and sculptures for Vicki Vale. 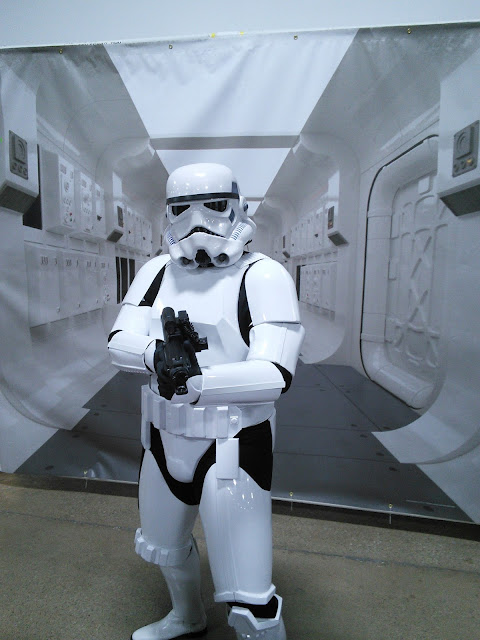 There were many Star Wars characters throughout the day including an incredible Darth Vader. A faction of Storm Troopers had a table near the entrance which displayed a great backdrop from the starship invasion in A New Hope. 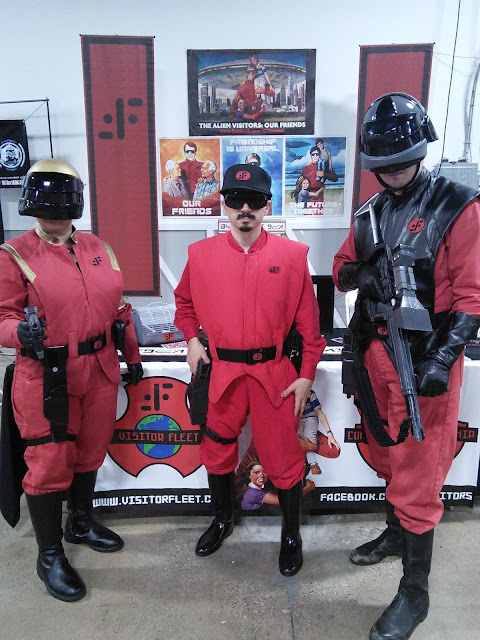 I had a great conversation with this Visitor Fleet from V toward the end of the day. The posters and display brought me back to the first time I encountered the mini-series as a kid and how it scared the living crap out of me. 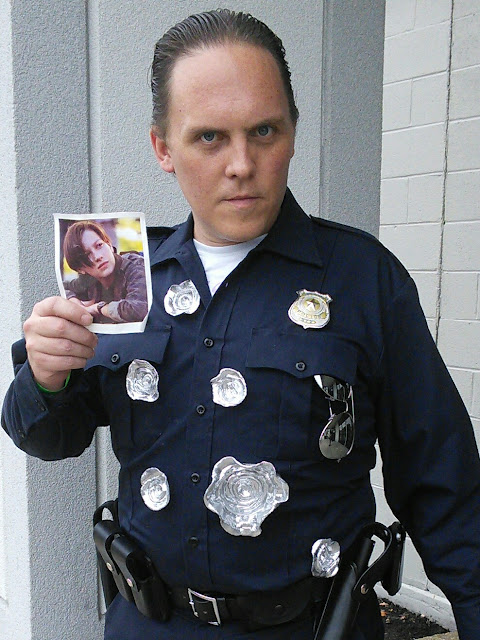 "Have you seen this boy?" Although the T-1000 terminator was technically from the '90s sequel, I had to get a snapshot. I encountered his quest to find John Connor during a cigarette break, but he was more than gracious to pose for a picture. 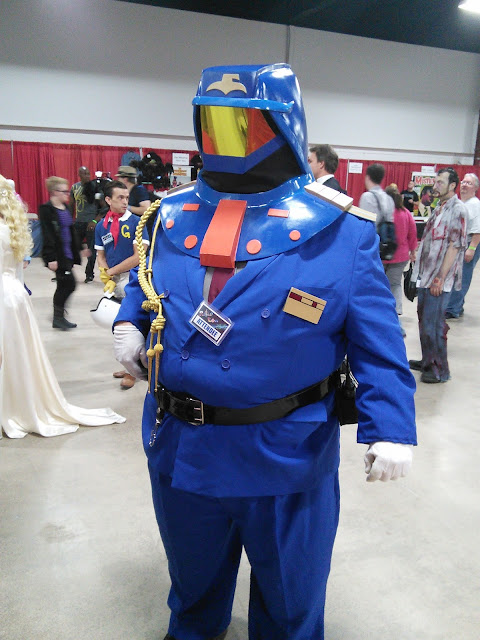 Since we were technically there for the M.A.S.K. panel, Wyatt and I were both thrilled to see Miles Mayhem walking the floor! One of the best pictures I've seen from Retro Con was Mayhem surrendering his mask over to voice actor Doug Stone who played Matt Trakker on the animated series.
More cosplayers trickled in the early afternoon to enter the contest and we witnessed more costumes from Indiana Jones, Star Trek, Transformers, Power Rangers, Disney, Doctor Who, and various comic book characters like Deadpool, Captain America, and Supergirl. It was a really fun experience to see people dress up and envelope themselves into their favorite characters.

There are several professional photographers that have posted Retro Con 2015 albums on Facebook that feature many photos than what we captured. Please visit the links below for a more in-depth look at the costumes from the entire weekend.

Be sure to check out RD80s' complete coverage of Retro Con 2015!
Newer
Older