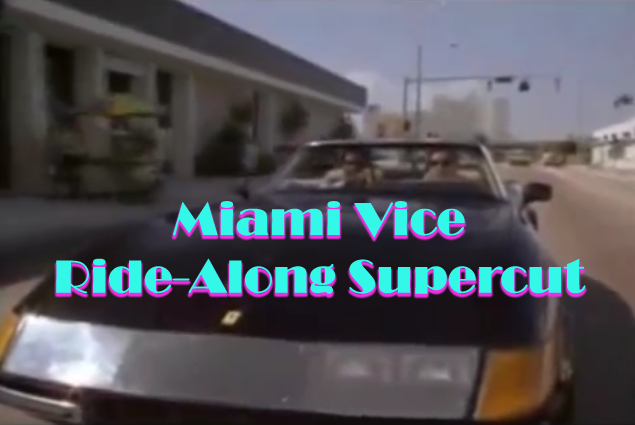 Over the course of the last couple years, I've re-watched the entire Miami Vice series. One of my favorite facets of the show is the ride-along and car chase scenes. They have a way of setting the tone of each episode through excitement or even darker emotions. Many times Crockett and Tubbs are featured driving with very little dialogue and just backing music. I've watched those scenes take us through the moments leading up to a raid (like the famous "In the Air Tonight" scene) or perhaps feature flashbacks and Crockett showing regret.

I managed to scrap together some footage of Crockett and Tubbs in ride-along scenes and made a supercut for the RD80s YouTube channel. The backing track is titled "Way Beneath the Bay" by Bart Graft which I thought could've came from the Miami Vice soundtrack itself.

Take a journey in a couple Ferraris and skip the waves in a Scarab in this supercut...