Album of the Week: 'Invisible Touch' by Genesis 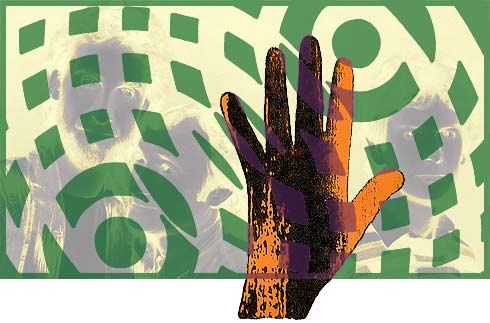 Thirty years ago this week on June 9, 1986, the English band Genesis released their 13th studio album Invisible Touch. It stands as the band's most commercially successful album, selling 6 million copies in the US alone. Five singles were released from the album, all charting in the Top 4 on the US Billboard Hot 100 pop chart. It was recorded at the band's famous studio "The Farm" in England from October 1985 - March 1986 and co-produced by Hugh Padgham.

Invisible Touch came after a break where the band members took time to work on solo projects like Phil Collins' No Jacket Required album and Mike Rutherford's supergroup Mike + the Mechanics. Following the album's release, Genesis embarked on a massive 112-date world tour that culminated with four consecutive sold-out shows at London's Wembley Stadium. One of the concert performances was released to VHS and Laserdisc in 1988 as Live at Wembley Stadium.

The album's title track "Invisible Touch" was the first single released and peaked atop the US pop chart, their first and lone #1 single as a band. The follow up "Throwing It All Away" climbed to #4 in the US as well as the third single "Land of Confusion" which is known for its music video featuring puppets of famous people. The ballad "In Too Deep" was the 4th single released and peaked at #3 in the US. "Tonight, Tonight, Tonight" was the final single released, peaking at #3 in the US and was predominately featured in a Michelob TV commercial. The album was nominated for several awards, notably MTV's Video of the Year for "Land of Confusion" but lost to their former lead singer Peter Gabriel for his "Sledgehammer" video.

It's literally taken me a couple days just to write these few paragraphs because I keep getting sucked into watching the videos and performances on YouTube. I'm a huge fan and it's probably my favorite album with We Can't Dance a very close second place. Some of you may remember my Bodacious Breakdown of "Land of Confusion" which has been ingrained in my memory since I first watched the video as a kid. I absolutely love the bridge and how it almost takes you out from the rest of the song. (Many tracks from the album do that.) So much passion goes into the vocals as well and it's probably one of main reasons why I became a Genesis/Phil Collins fan in the first place.

Rediscover Invisible Touch this week for its 30th anniversary via YouTube below or subscribers can listen to the full album for free on Amazon Prime music. You can also join me by posting your favorite tracks or memories in the comments.