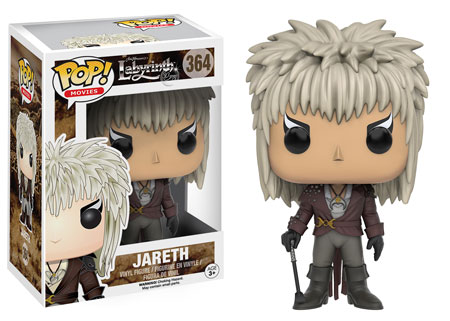 "Ah, what have we here?" Just in time for the 30th anniversary of film's release, Funko announces new Labyrinth figures for its POP! Vinyl collection! Four characters will be produced including Jareth the Goblin King, Sarah with Worm, the dwarf Hoggle, and a 6-inch super-sized Ludo. Look for them September 2016.

Get a closer look at all the new Labyrinth POP! Vinyl figures below and click over to Entertainment Earth to preorder your favorites!