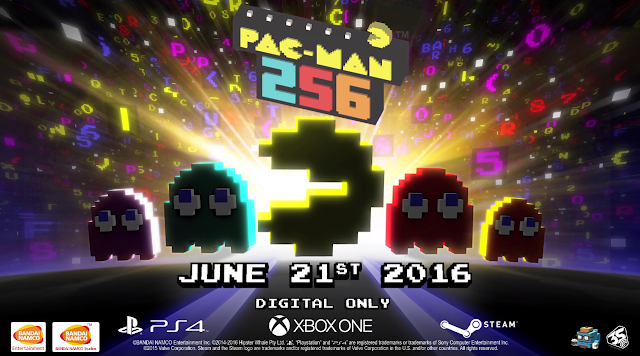 One of my favorite gaming apps over the last year is Pac-man 256, a fun "endless runner" based on the infamous 256 level kill screen from the classic arcade game. It's overwhelming success has pushed developers Hipster Whale and 3 Sprockets to release the game to consoles on June 21!


The console version (available for PS4, Xbox One, and PC) will feature a new local co-op multiplayer mode which will allow up to 4 players to avoid the glitch. The new version will also feature new themes and social sharing for low cost of $4.99 at launch.

If you haven't played Pac-man 256 lately, there are several new themes you can add for 99 cents including a classic '80s arcade style, a neon CEDX theme, or even one based on Pac-mania. If you've never played Pac-man 256, check out my review or download for free from Google Play, iTunes, or Amazon.