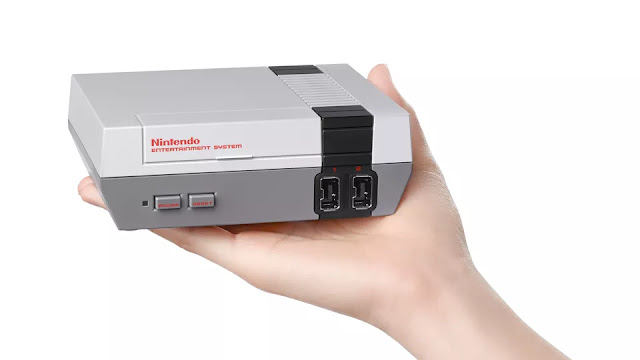 Now you're playing with miniaturized power! Retrogamers rejoice and break out your Christmas wish lists. Nintendo has just announced a new miniature version of the classic Nintendo Entertainment System (NES) console will be available in retail stores on November 11, 2016. The smaller replica console will have HDMI connectivity and come preloaded with 30 games including icons like Super Mario Brothers, The Legend of Zelda, Metroid, and Castlevania.

The new NES Classic Edition console will retail for $59.99 and come with one controller. Additional controllers can be purchased for $9.99 for two-player action. There will be no online connectivity, but players will be able to save progress in all the games. See a complete list of included games below... 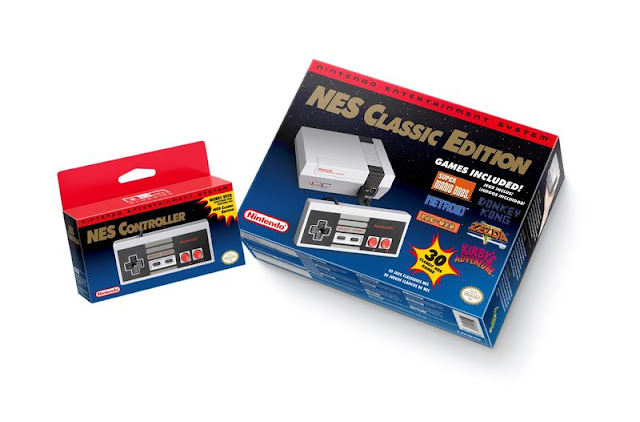 As a retrogamer myself, I see some pros and cons to this new console. As far as cons, looks like you will not be able to retrofit old controllers or even play cartridges. Kind of a bummer for those of us who still own or even collect NES cartridges. It also doesn't seem they will have a zapper gun or any compatible games like Duck Hunt at least for the initial release. Although with today's modern TVs, I'm not sure it's possible.

Some positives from this new console include the game selection. I can tell you from experience that the $60 price tag is definitely a great deal if you were to collect cartridges for all the include games and have a true retrogaming experience. Also, the HDMI capability is convenient because it is such a pain (at least in my experience) to play NES on HDTVs. I specifically have an old tube TV still in my house just to play games on my NES and Sega Genesis so being able to "plug and play" in HD is very nice.

What do you think? Good value? Will it be at the top of your Christmas list this season?