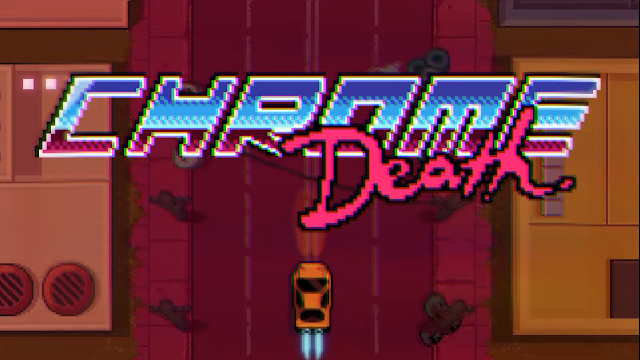 The retrotastic app Chrome Death transports you into the cyberpunk world of fast cars and synthwave music (think Kung Fury meets an early Grand Theft Auto.) The one-tap endless driver game by Newmark Software will have you racing through the streets, avoiding destruction to the sounds of VHS Glitch. First, watch the totally rad release trailer...

"Chrome Death is a hardcore, minimal action game about escape. Survive for as long as you can in a cyberpunk city and avoiding the CORP AGENTS that have one goal: your destruction. Defeat your friends, earn credits, buy cars and work together with drivers across the world to unlock secret vehicles!" 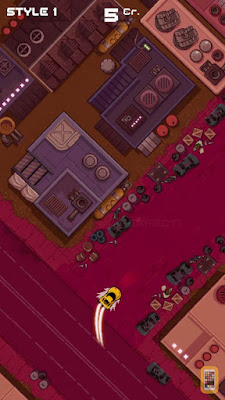 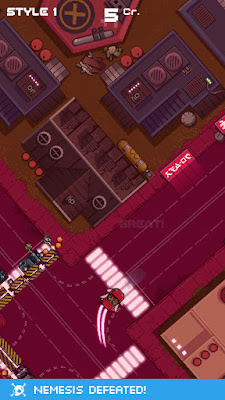 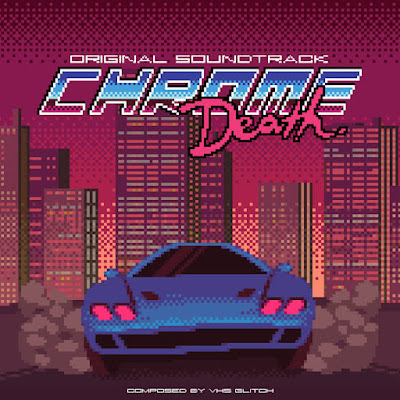 Download the Chrome Death OST by VHS Glitch on Bandcamp.

REVIEW: I really love the design aspects of the game including the different cars and sound effects. The soundtrack is killer and right up my alley (probably my favorite part of playing the game.) However, the gameplay itself is not really entertaining enough for me to keep my attention past completing the daily challenge on the normal level. I initally tried it out on my phone which has a 5.5" screen and the expert mode is pretty much a guessing game at that speed and size. Uploading to my Google Nexus 7" made it a little more enjoyable.

I'll probably keep it on my tablet for now and bank on some new modes in the future to make it a little more playable. The design is top notch for retro-minded people like myself and I'd recommend checking it out just for that aspect. Download for free now with in-app purchases on iTunes and Google Play.