Bodacious Breakdown: 'Livin' on a Prayer' by Bon Jovi 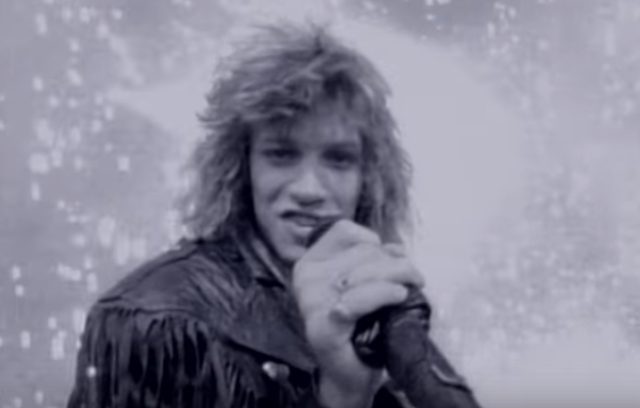 The MTV era of music was by far the best and gave us thousands of great (and not so great) music videos to accompany our favorite songs on the radio. As a fun way to rediscover these weird, ground-breaking, sexy, epic, and just plain fun visual masterpieces, I'll be offering my very own Bodacious Breakdowns which will include stills from the video and my off-beat commentary. The featured video will either be selected at random or suggested by you!

30 years ago this week, Bon Jovi's single "Livin' on a Prayer" ended a 4-week run atop the US Billboard Hot 100 Chart. It be would the 10th most popular track of 1987 and push their album Slippery When Wet as the highest selling album of the year.

The music video is actually quite bland compared to most from the MTV era (or even the rejected SWW album cover), but that hasn't stopped over 300 million people from viewing it on YouTube. The behind-the-scenes look at the band's rehearsal was filmed at the Grand Olympic Auditorium in LA and was directed by Wayne Isham, who has filmed music videos for over 30 years. In 1991, Bon Jovi alongside Isham won the Michael Jackson Video Vanguard Award for lifetime achievement in music videos.

Let's rediscover the music video and then scroll down for my bodacious breakdown... 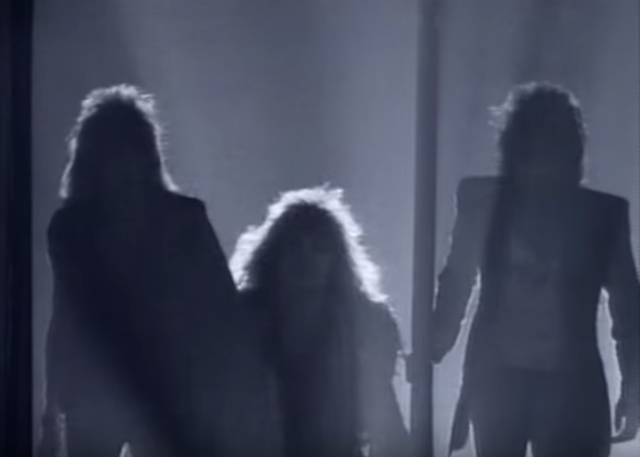 0:09 - The band enters, moonlight cascading off their recently teased hair. Reminds me of Catherine searching for Vincent's sewer home in the Beauty and the Beast TV series. 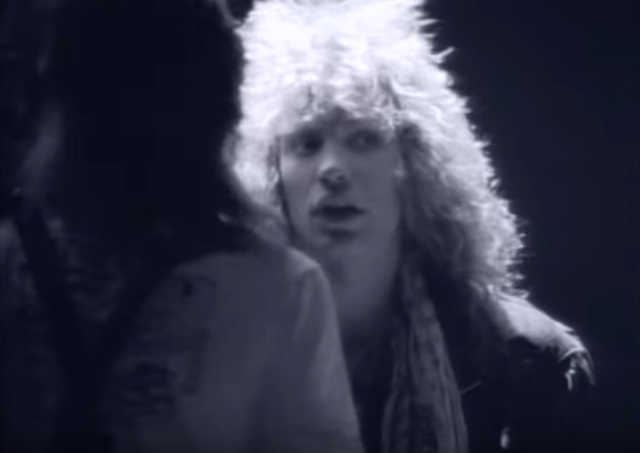 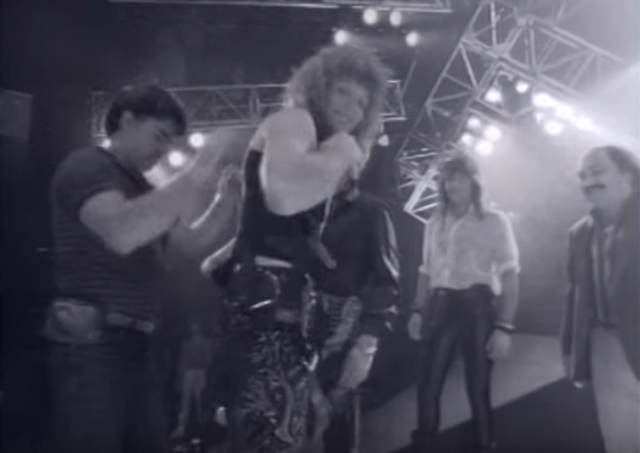 0:34 - Safety first! Always wear a back brace for sound checks. Richie, you can put on your own brace because I'm not coming anywhere near those tight pants. 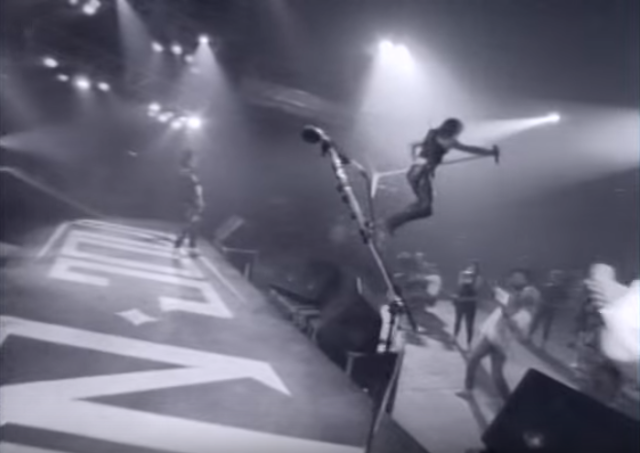 0:37 - Those weren't back braces... they were Peter Pan harnesses! Someone get OSHA on the phone because this is totally unsafe. 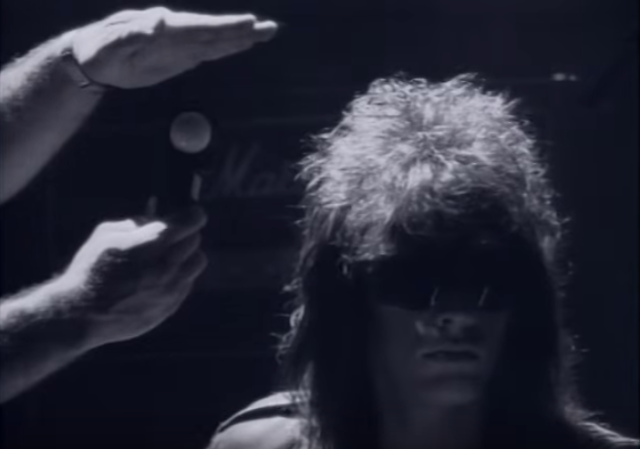 0:39 - ...and let me just take a quick hair measurement. 9 inches, somebody call wardrobe! Hair height needs to be at least 12 inches, it's in their contract. 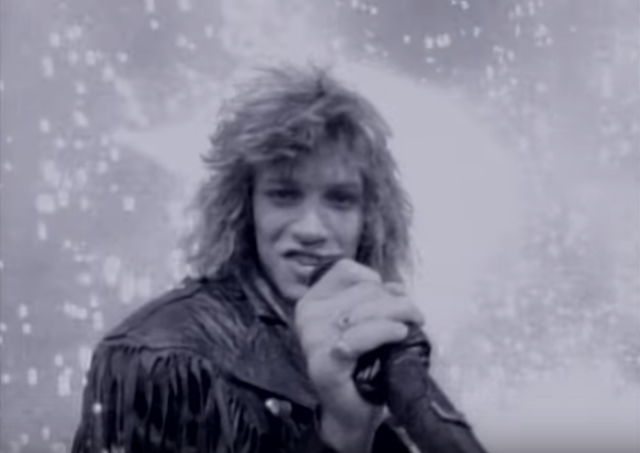 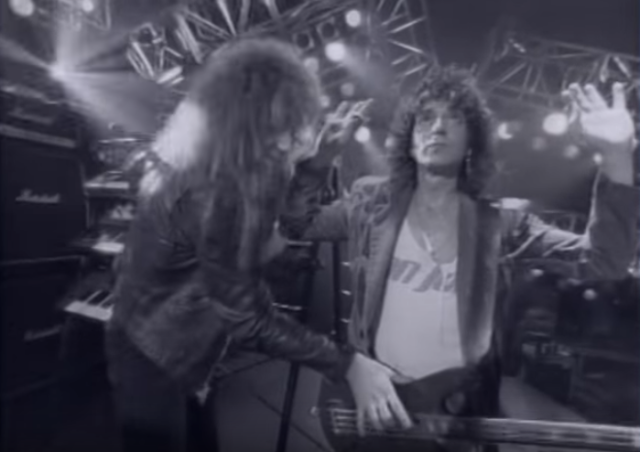 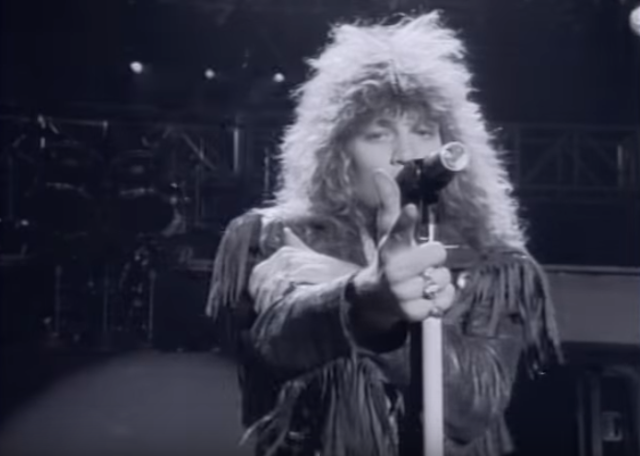 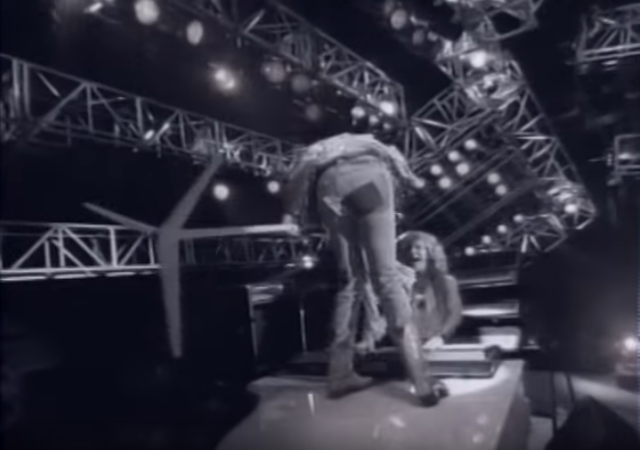 1:44 - The '80s didn't have enough acid-washed denim to provide Jon with a decent butt patch? 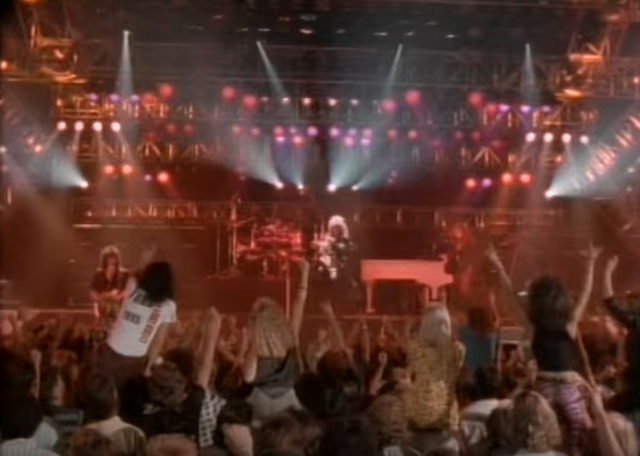 2:40 - COLOR!!!...so we can see the crimped blond hair and pink tiger-striped pants of the groupies! 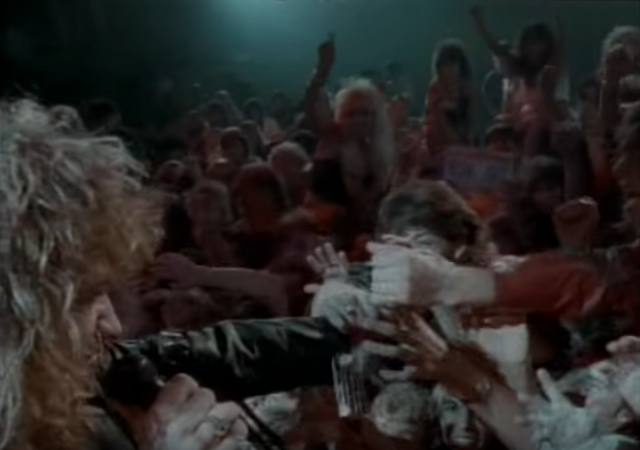 2:58 - I'd recommend some hand sanitizer after the show for "taking all those hands."

3:00 - 3:15 - The holy trinity of '80s guitar solo performances: Act surprised while you play, lead singer gets all up in your grill, and a crotch close-up. 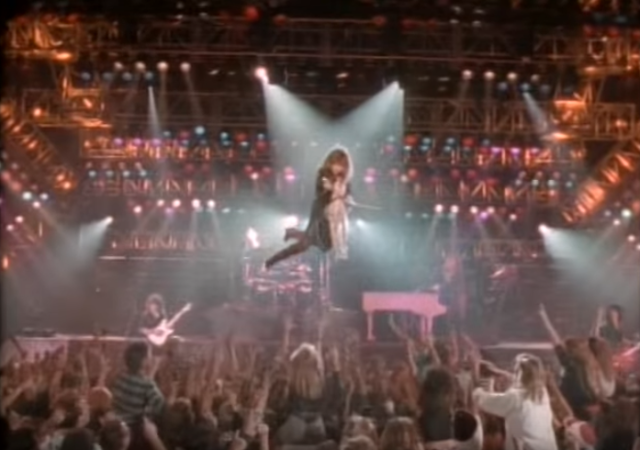 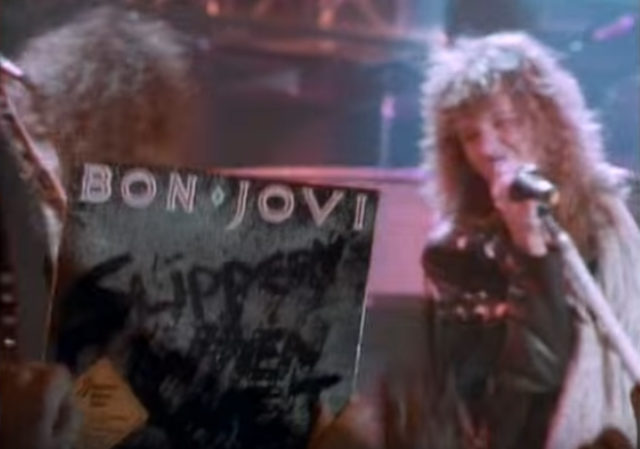 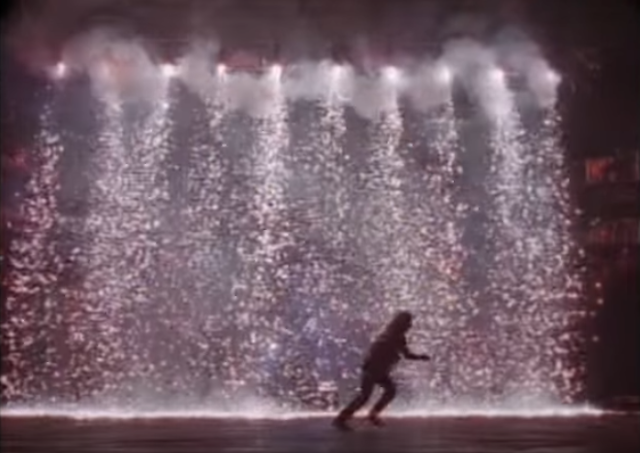