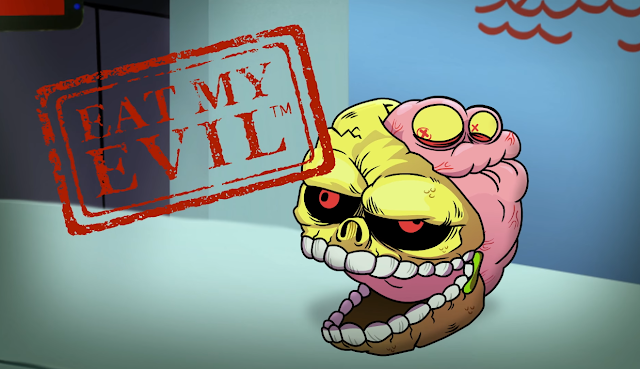 Thanks to a tip from the Strange Kids Club, I've discovered that one of my favorite '80s toylines Madballs has a new web series! Over the past year, American Greetings has relaunched the brand using several outlets. Lion Forge comics released a 4-part Madballs comic series in 2016 which was the 30-year anniversary of the original comic series. In stores now is a brand new toyline from Just Play featuring all the characters in the classic, rubbery size and also a mini blind bag series. Series 2 was on display at Toy Fair 2017 which will debut this fall in stores.

Back in the '80s, Madballs also had two 22-minute animated specials that were released direct to VHS. Madballs: Escape From Orb! was released in 1986 and was setup as a pilot episode for a TV series. Madballs: Gross Jokes followed in 1987 and was more of a montage of Monty Python-like gags and skits. Now 30 years later, a new web series has been developed to support the new toyline.

The new cartoon shorts combine animation and live-action in similar spirit to the 1987 special... gross-out gags and jokes for the easily amused (like me.) Two episodes are currently available to watch in the US with 2 more episodes already loaded in the Season 1 Playlist. Not sure if the availability was an error or intentional but I can't wait to watch them. Subscribe to the Madballs YouTube channel for the latest videos and watch the first two episodes below as well as the two '80s specials...