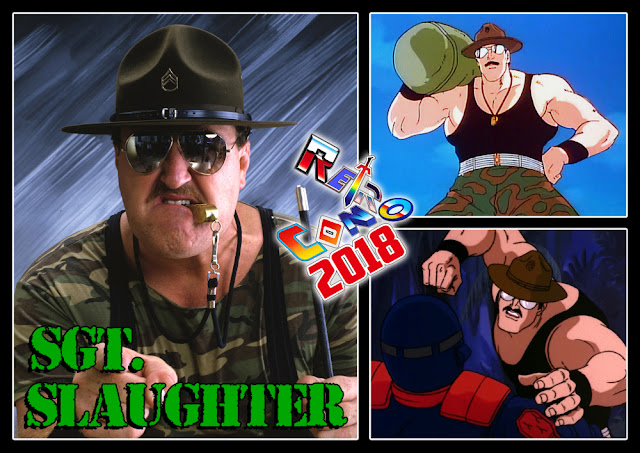 The final guest appearing at Retro Con 2018 will be the one and only Sgt. Slaughter! The WWE Hall of Fame wrestler and G.I. Joe: A Real American Hero drill instructor will be available all weekend for autographs and photo ops. He joins an already fantastic guest list that includes voice actors Larry Kenney (Thundercats), Garry Chalk (Transformers:Beast Wars), Samantha Newark (Jem and the Holograms), Melendy Britt (She-Ra: Princess of Power), and Gregg Berger (Transformers, Garfield and Friends). 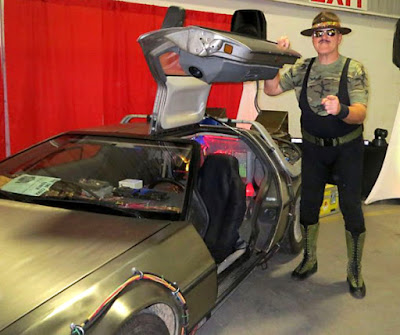 Voicing himself, his animated G.I. Joe debut was in the "Arise Serpentor Arise" mini series in season 2, where we learn the Sarge is one of the team’s greatest warriors and trainers. The character remains a favorite among both WWE and G.I. Joe fans and we will be anxious to meet him for the first time this year.


For more on the Sarge, visit the official announcement on the Retro Con website. Mark your calendars now for October 13 & 14 in Oaks, PA! Buy your weekend passes and Cybertronic Spree tickets now! Wyatt and I are making our final preparations to be at the show and we hope to see you at Retro Con 2018!