10 Tips To Help You Win At Foosball Every Time 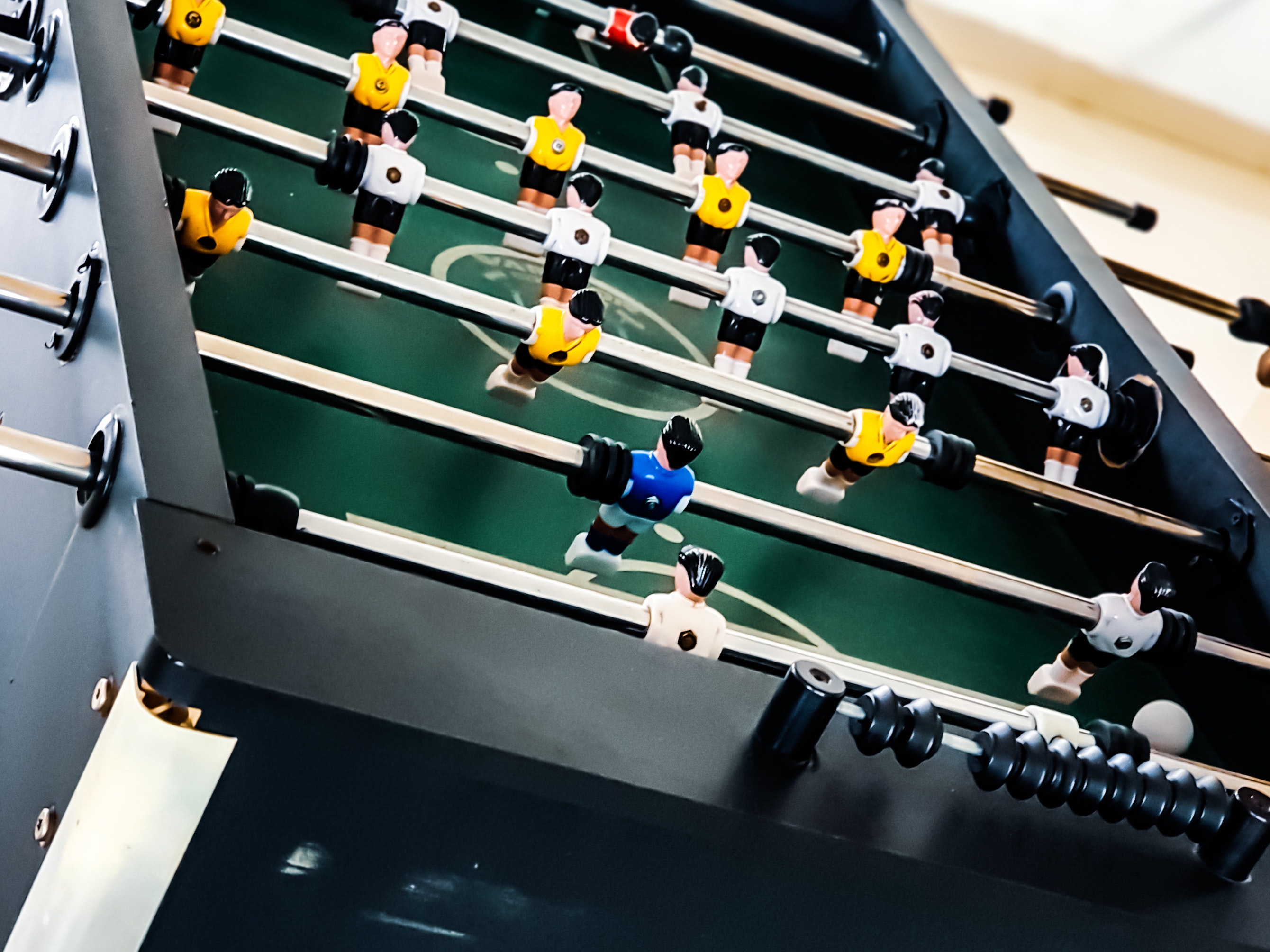 What makes the game of foosball so fun and addictive is that it can be played by pretty much everyone around the world. Foosball is in fact an international game, meaning that not everyone has the same rules, lineups, and tables. Whether you choose to play by American or European rules, the tips I am going to share with you will work regardless of what style of foosball you choose to play. Foosball is also no different than any other sport in that having a strategy and good technique will give you an advantage over your competition. So developing a great strategy when playing foosball will always put you in a better position to win.

This is a must as you will be tempted to have a stronger grip for more power but that will be a mistake. Your grip needs to be relaxed and ready for any movement that needs to be done, so don't be so stiff.

It's essential that you adopt the right posture. Your body should be at about 45 degrees from the side of the table and make sure that your power arm has a greater range of motion. By standing like this you are able to pull the rod closer to your body, which can help with power to strike.

You and your opponent will consistently be moving players all game. So it's important when you see your opponent's players open up and give you even the smallest gap to take advantage of the chance to strike.

4. Shoot with your back players also

5. Pass the ball around

Just like in real football, passing the ball around to yourself can be a great strategy. It's a good way to confuse your opponent and get closer at the same time to the goal. It can also be dangerous if done improperly because you could lose the ball and therefore give your opponent a chance to score on you. So definitely only try this strategy when you have a good grip of the game.

6. Learn how to stop the ball

Doing this is a little more advanced and harder to do, but when you learn it and implement it then it will put you at a great advantage. It will allow you to have greater control of the ball and the game, which we all know if you control the game you will most likely be the winner.

A big mistake a lot of players make is they start shooting the ball as soon as they touch it. That's a huge mistake as you can easily be countered by doing that technique. It will also most likely never work in your favor.

The bank shot is dangerous because your opponent will not know how to react to the shot. It's also more effective when you shoot a bank shot from the defensive side of your players, that way there's more space for the shot.

9. Don't open your defense too much 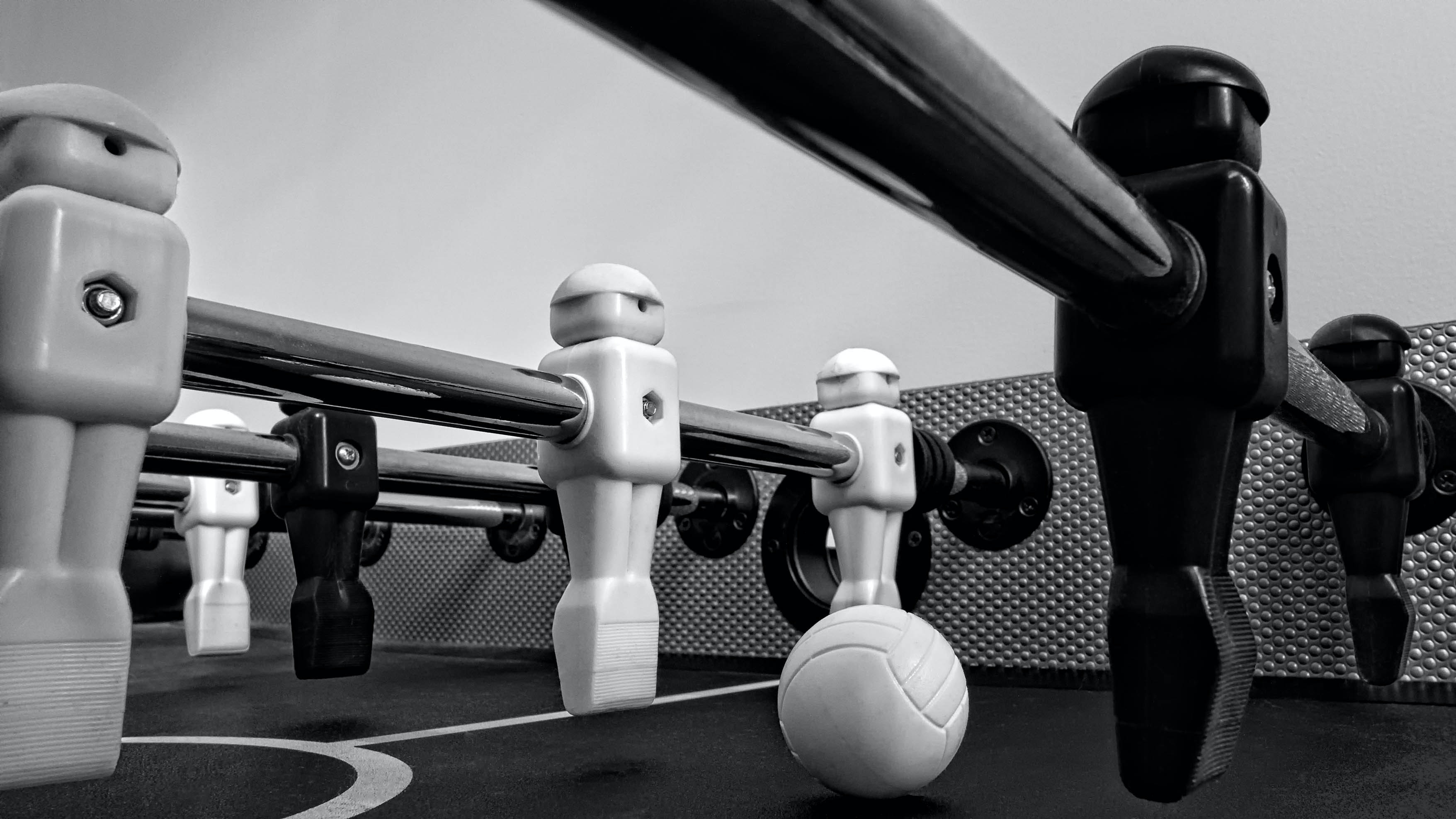 Never open your defensive players too wide that it leaves a gap in the middle. You want to be as crowded in the middle as possible so your opponent will not be able to have an open shot at your goal. This is easier said than done because you're always going to be moving your players around, but with practice this will be easier for you to do.

10. Keep your opponent guessing all the time

Never let your opponent figure you out. Once you find something that works and you are comfortable with, you can't use it all the time. You want to mix it up and switch your patterns and movements once in a while. These are 10 great tips that will guarantee to make you a dangerous foosball player. As with any other sport, with practice and repetition you will get better. So practice these tips and you will improve your game.