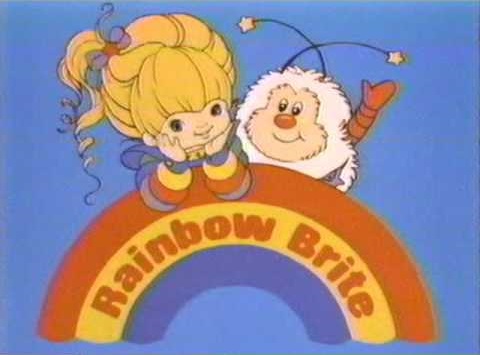 Today (June 27th) is the 35th anniversary of the release of Rainbow Brite’s first television appearance. The thirty minute animated special“Peril in the Pits” was written by Woody Kling, and introduced the children of earth to a bright new world with colorful character in every color of the rainbow. 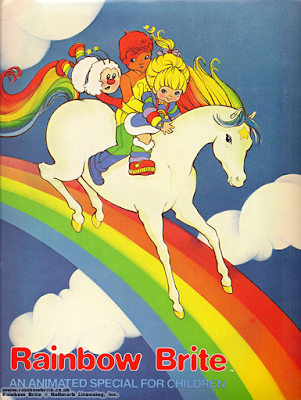 Created by Hallmark, Rainbow Brite was the greeting card company’s first venture into the world of children’s entertainment. The animated special was only one facile of a multi-billion dolor comity which included dolls, books, music albums, and just about every type of product you can imagine. “Peril in the Pits” was just the start of a pop-culture phenomenon that brings as much joy to the hearts of children today as it did all those years ago.

Produced by DIC, “Peril in the Pits” follows Rainbow Brite, Twink, her sprite companion, and Starlite, the most magnificent flying (and talking) horse in the universe as they try to brighten the day of an earth boy, Brian, who is sad be cause he didn’t make the baseball team. After walking into a rainbow and becoming covered in colors, Rainbow takes him to Rainbow Land where they find themselves in the middle of a dastardly plot by the villainous Murky Dismal and his bumbling assistant Lurky to rid the world of all it’s color and happiness.

While the exact numbers have been lost to time, the special did well enough, that another special - the two part Monstromurk Menace went into production immediately. Also written by Kling, that special involved Brian returning to Rainbow Land to help Rainbow and the color kids battle a terrible monster who’s bent on sucking the color, not only out of Rainbow Land, but of the entire universe. It was also a huge success. After Monstromurk, Kling developed cancer and had to stop working on the project. Howard R. Cohen was brought in for the third special (another two parter) “The Beginning of Rainbow Land” which served as Rainbow Brite’s origin story, and was, once again very successful. 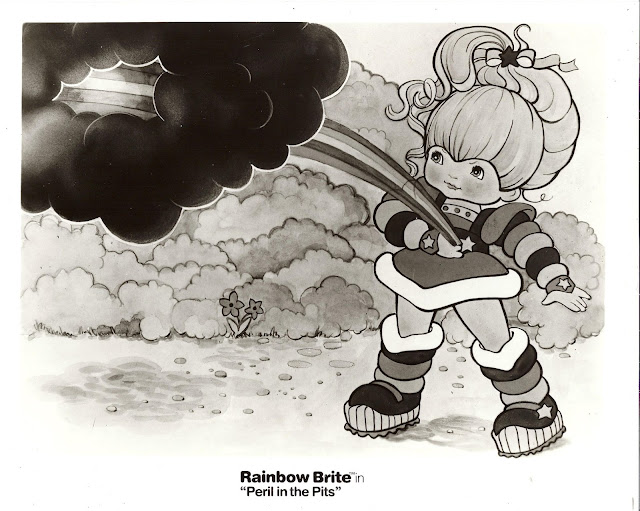 At the time of release Dr. R. Chris Martin, a full time faculty member and a consulting psychologist for Hallmark Cards, Inc stated that the Rainbow Brite story focused on positive values like leadership, teamwork, and problem solving skills - all of which enhance child development. Rainbow Brite and her friends work together to ward off the evil forces of Murky and Lurky. The story demonstrates to children that if people work together under strong leadership, their goals can be accomplished. It also illustrates that, even in everyday life, it is sometimes necessary to fight bad feelings. “Children learn through this series that there’s always a Murky Dismal around to rain on their parade if they let him,” Martin said. Each episode was full of bright, bold colors. “Research shows that colors can enhance a child’s emotional development by tapping the creative and imaginative instincts in all of us,” Martin added.

A child of the time, I can say with 100% certainty that I agree with Dr. Martin’s assessment of the series. Rainbow Brite and her friends taught me to find the color in my world, even when there wasn’t much of it to be found. Because of her colorful cuteness I have this belief that good will always triumph over evil and that the rainbow has the power to take me anywhere - and to be honest, it’s worked out pretty well for me so far. So, thank you Rainbow Brite and happy anniversary!

The complete Rainbow Brite animated series is currently available on DVD from Hallmark for $12.95 plus shipping. You can watch the first episode Peril in the Pits below...