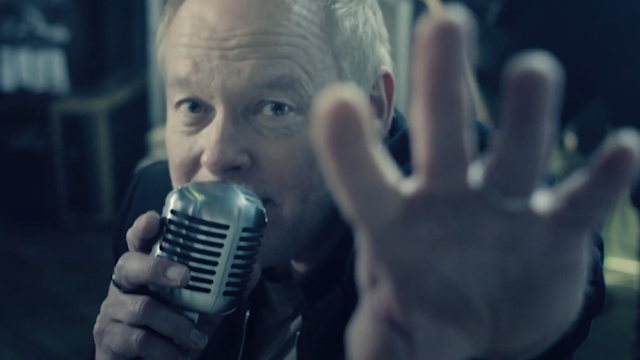 One of the most iconic hit singles of the 1980s is "(I Just) Died In Your Arms" by Cutting Crew. The song was a break through for the British band and launched them to top of the charts in America and Canada. While its success was never matched again by singer/songwriter Nick Van Eede and Crew, the track certainly has never died over the years. It's been used in the Netflix series Stranger Things, feature films like The Lego Batman Movie (2017) and Hot Tub Time Machine (2010), and the Planters Superbowl LIV commercial that killed off their mascot Mr. Peanut.

While "(I Just) Died In Your Arms" continues to remain alive in pop culture, it has been recently resurrected for Cutting Crew's latest compilation album Ransomed Healed Restored Forgiven. The album features long-time vocalist Nick Van Eede and guitarist Gareth Moulton recreating their most beloved songs with a full philharmonic orchestra.

The orchestral mix has been a recent trend for '80s bands including Wang Chung, Flock of Seagulls, and many more on the 80s Symphonic compilation album. Personally, I think it's a great way to keep '80s music fresh and the added elements of a full orchestra only seem to compliment the sounds of the original recordings.

Check out the performance below...