5 of the Best Frontmen from 1980s Rock Bands 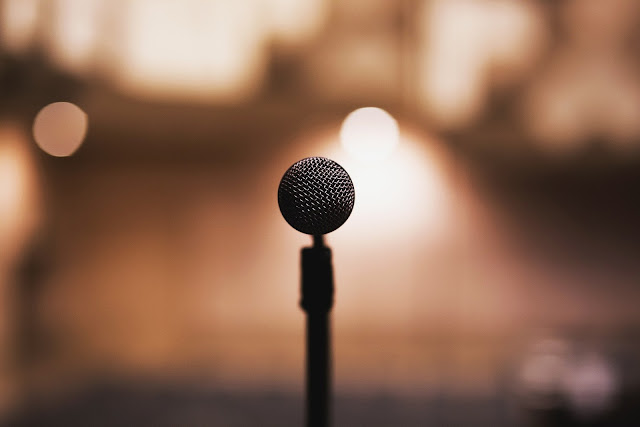 As eras for rock bands go, the 1980s is up there with the best of them. There was no shortage of charismatic and talented frontmen either. As the pop-metal sub-genre continued to proliferate around the world, there were plenty of long-haired rock icons plowing their way around stages, making men and women alike mosh with delight.
For those who lived through the golden era of rock and roll, namechecking the most prominent, revered, and legendary band leaders is as easy as scream-singing the words to the world’s favorite rock songs. These men’s vocal ability, songwriting flair, showmanship, and impact comprise a huge part of the reason many 1980s rock bands still find their way on t-shirts and online playlists of kids today. A few clicks on Bandnext will tell you how the influence of these bands endures and lives through the music of the new generation, genre notwithstanding.
If you are new to the 1980s rock party and you want to know who the leaders of the pack were 30-40 years ago, here is a powerful quintet of frontmen that led with more than a hint of make-up and peroxide in sight.

Sheffield-born Elliott was a founding member of Def Leppard and the brains behind the band, if truth be told. Ironically, Elliott teamed up with Pete Willis and co. attempting to be a lead guitarist, but eventually cemented his place as lead vocalist instead. Def Leppard were a hugely successful blend of glam rock and heavy metal. They cemented their place in the British hard rock scene through the release of their critically-acclaimed best-selling album Hysteria in 1987. Elliott’s live stage presence was electrifying, providing a genuine throwback to the renegades of the 60s and 70s. Away from the gigging scene today, Elliott still retains a huge passion for rock music, hosting his own radio show on Planet Rock every weekend.

Speaking of stage presence, Joe Elliott sure had his work cut out to compete with Van Halen’s David Lee Roth. The American always enjoyed living on the wild side, be it on or off-stage. Roth was the human embodiment of “young, wild, and free” as he manned the stage with crazy vocals and even crazier antics. His voice was the central force of a band that came to the forefront in the mid-1970s and became well-established in the 1980s. Van Halen helped forge the arena rock genre which remains a popular theme today. Roth slightly blotted his copybook by the acrimonious way he quit the band in 1985 to pursue a solo career. The band ironically landed their first number-one album with their 5150 release – the first featuring new lead singer Sammy Hagar.

Snider shot to stardom as the frontman and lead songwriter of Twisted Sister, a heavy metal band from New York. Snider inspired the metal drag scene, regularly dressing with an excessive amount of make-up and lipstick. While critics had mixed opinions as to how Twisted Sister's discography fared against those of their contemporaries, Snider certainly filled the gaps with his insane vocal and visual performance. Few will be surprised when we tell you that his curly blonde locks weren’t real either! Nevertheless, Twisted Sister established themselves as a massive band in the mid-80s, with their Stay Hungry LP in 1984 charting well in North America as well as parts of Scandinavia. Twisted Sister played their final gig in November 2016, which marked the end of their farewell tour, scheduled as a tribute to former drummer A.J. Pero, who passed away following a heart attack in 2015.

It was always hard to decide whether Paul Stanley or Gene Simmons was the frontman in Kiss, so we thought we’d pay tribute to both of them. This glam metal band had to be seen to be believed. Whether it was pyrotechnics, floating drum kits or fire-breathing guitars, you name it, Stanley and Simmons tried it. Stanley and Simmons on stage were like fish and chips. Stanley’s ear-splitting high-pitch voice married brilliantly with Simmons’ dulcet baritones. Kiss were a proud Americana band, which saw them proudly celebrate their all-American roots, and although sometimes their music was more about their live performances than the quality of their tracks, they are still regarded one of America’s greatest rock bands. Their visual and music style are so unmistakable that they have become one of the most recognizable acts in music history. This unique franchise remains well-loved in today’s popular culture, with a colossal themed slot designed around the dynamic four-piece band.

Bret Michaels personified the rock’n’roll make-up scene throughout the 1980s with Poison. Although Poison’s biggest hits fail to even muster the raise of an eyebrow today, Michaels is certainly revered as one of the greatest frontmen characters of yesteryear. His irresistible charm stemmed from his good-time-loving image, a fresh breath from the overall heavy vibe of 1980s rock. Inspired by Simmons and Stanley with KISS, Michaels is another proud American who would often be seen on-stage or doing press gigs wearing a cowboy hat. Despite Poison’s relative obscurity today, they did sell over 45 million records globally, with Michaels the linchpin in helping to rock the world of Poison fans worldwide.
Newer
Older
Powered by