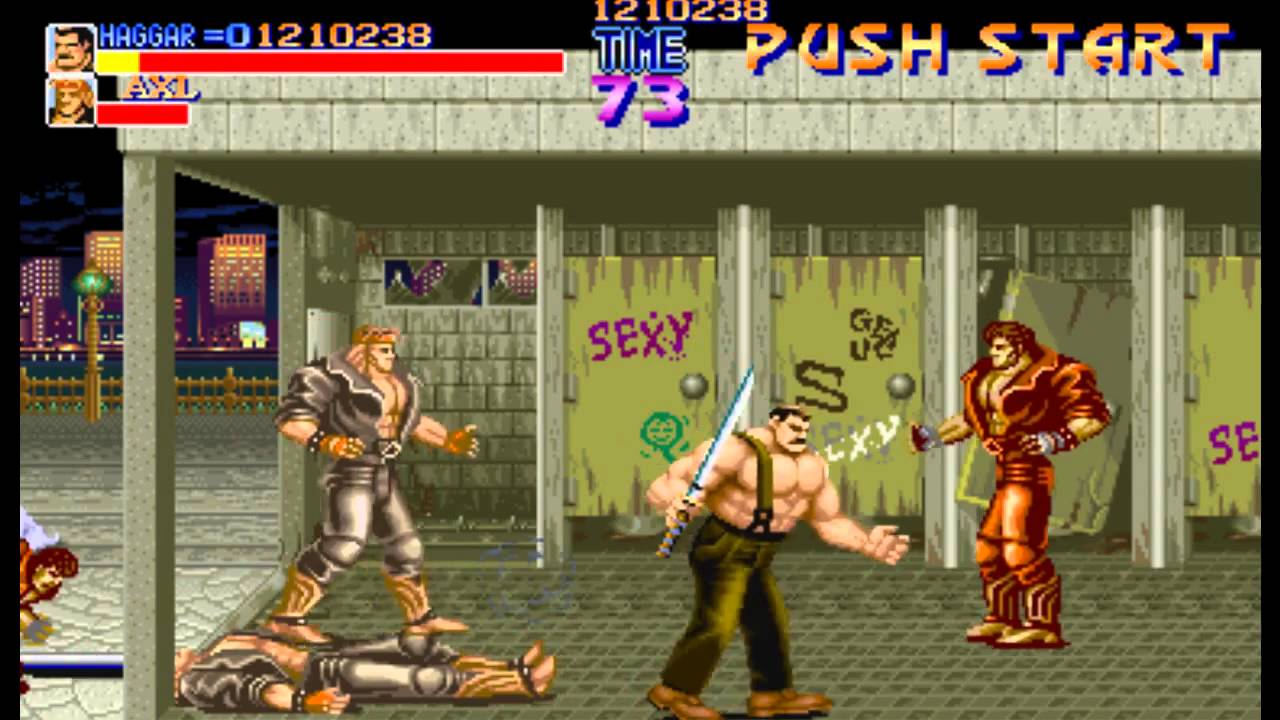 In the world of video gaming, the most simple approaches are sometimes the most effective. This is certainly evident when one looks back at the success of 1v1 fighter games, which had their halcyon days back in the late '80s and early '90s.

Although there were no massive open worlds to explore or complicated AI-driven storylines, the best classic fighting games were and remain some of the most immersive gaming experiences ever released, with seemingly endless replay value.

What's more is many of the most beloved fighter titles were the ultimate social gaming experience, harnessing a level of coin-op compatibility that is virtually non-existent with games that are released today. With that in mind, join us as we look back at some of the truly awesome fighting games that we wish we could still play.

This 1989 Capcom title might not be the most culturally enduring arcade fighter game, but it was certainly a big game-changer at the time. Set in the fictional Metro City, Final Fight allows you to play multiple characters as you fight your way to your kidnapped girlfriend. The storyline is as cheesy as it gets, but the gameplay mechanics, including the ability to interact with your environment to fashion weapons with which to fight your opponents, were previously unseen on any game screen.

When it comes to fighting games, it does not get more iconic than the Street Fighter series, which is arguably the most successful fighter franchise of all time. The original series begins with the 1987 arcade game, which introduced some of our favorite SF characters to the world and the tongue-in-cheek trash talk that we still know and love today.

Fortunately, those who are pining for the SF excellence of the '80s can play free versions of the game online. More specifically, the Street Fighter II slot, where players can see their favorite characters in full 64-bit glory as they play for real money prizes, is available to play for free at Mr. Green online casino. This is an officially branded online slot game, meaning that the experience is as authentic as it gets.

This game caused no shortage of controversy when it was first released back in 1987. The game was promoted by real-life contestants from the hit TV show Gladiators, as part of a provocative campaign featuring almost-naked contestants promoting the game on billboards and buses. In addition, the game was also slammed for being excessively violent, thanks to novel features such as the "death kick" move that allowed you to decapitate your opponent and boot their severed head off the screen.

If you want peak '80s kitsch, it doesn't get much better than the 1989 Teenage Mutant Ninja Turtles arcade fighter. Choose your character: Donatello, Leonardo, Michelangelo, or Raphael. The next step is to fight your way through the streets of 80s New York City and defeat the Shredder before he destroys Manhattan.

The best retro fighter games might be gone, but they are not forgotten. Of course, if you are lucky enough to own a NES, Super Nintendo or Sega Genesis that is still functional, you can sit down with your roommates and play these unparalleled fighting games for yourself.
Newer
Older