Retro Con is set to return on September 25-26, 2021! It will be an incredible nostalgic experience with over 200 vendor tables, video arcade, special guests, raffle prizes, and so much more. Visit the Retrocons.com website for all the details.

Rediscover the '80s is proud to cover Retro Con each year and Jason and Wyatt are planning to attend the 2021 show. We've already given you all the details to join us and told you about the first special guest William Katt, the star of the television series The Greatest American Hero. Now, we are pleased to bring you two more guest announcements! 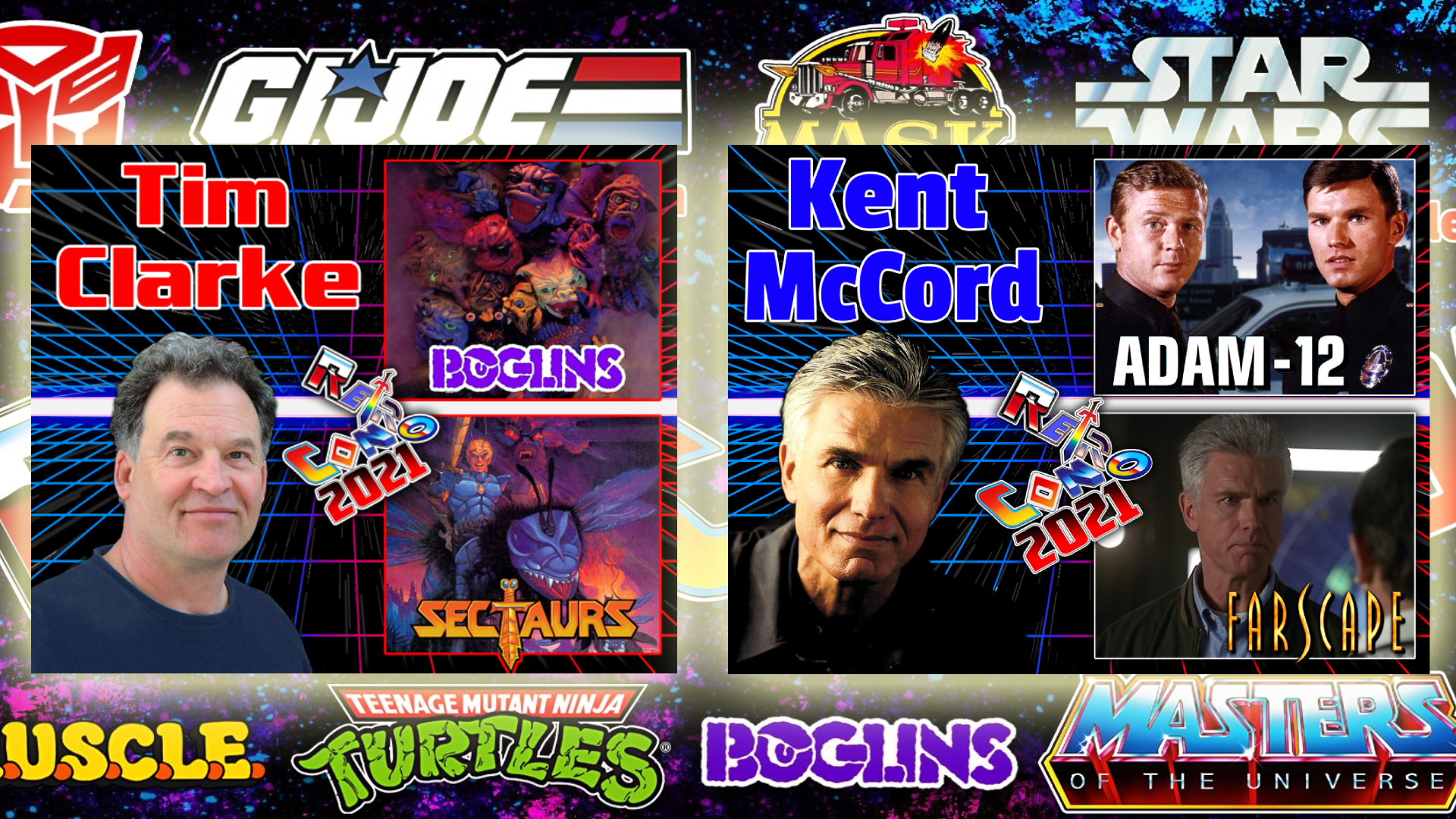 Toy and puppet designer Tim Clarke will be returning for Retro Con 2021. Once known as the “King of Gross”, Tim is the co-creator of cult favorite 80’s toylines Sectaurs and Boglins. Although Boglins might be a “cult toyline,” it is recently coming off an extremely successful Kickstarter campaign that reached nearly ten times its initial goal. You can currently pre-order the brand new Boglins on websites like as Gamestop and Walmart.

Tim started his career designing and building puppets for the Jim Henson Company. Most notable are the Mystics and Slaves that he sculpted and designed for the movie The Dark Crystal which were guided by the incredible drawings of Brian Froud. He also worked on puppets for Sesame Street, The Muppet Show, and Fraggle Rock including his creation "Traveling Matt."

Tim will be at Retro Con both days, and you can find him in Row 2 at the show. He’s hoping to have the upcoming Halloween-themed Boglins ready and on display!
Also attending Retro Con 2021 will be actor Kent McCord. Kent is best known for his role as Officer Jim Reed in the classic 60s/70s TV series Adam-12. The show followed LAPD officers Jim Reed and his superior Officer Pete Malloy riding the streets of Los Angeles in their patrol unit. The series ran for an impressive 174 episodes from 1968 to 1975 and is still gathering new fans to this day. The Officer Jim Reed character also appeared in other television shows within the same “universe” as Adam-12, like Dragnet and Emergency!.

Kent also had a pivotal reoccurring part on the hit Sci-Fi Channel show Farscape, where he played Jack Crichton, father of lead show character John Crichton. His episodes of the show were among the most emotional of the series. He also played the part of “Jack the Ancient”, an alien that took the visage of John’s father to test his reaction to an illusion of Earth. You may also remember Kent from his roles in such movies and television shows as Airplane 2: The Sequel (“So you see, both Dunn and I were under Oveur, even though I was under Dunn.”), Predator 2, Galactica 1980, Return of the Living Dead III, SeaQuest DSV, and many more.

Mr. McCord will be available to meet at Retro Con on both Saturday and Sunday (autograph and photo op prices will be posted closer to show time). He will also be participating in a Q&A panel at the show, with the day and time to be announced.
More announcements for Retro Con 2021 will be posted on Rediscover the 80s as they become available. We hope to see you at the show!
Newer
Older