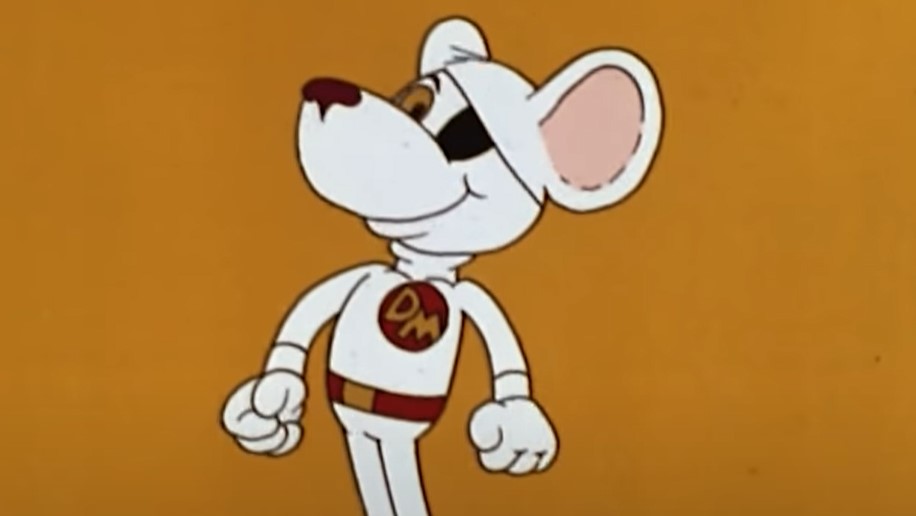 The '80s gave us so many new and interesting things. Yes, today's kids have it all but the '80s gave us mixtapes, the Walkman and some of the best cartoons ever made! Some of those cartoons have stood the test of time and are watched by my children now. We will begin by looking at some of the best cartoons from that golden generation. There is no better place to start than one of the most iconic cartoons around, then and now – Danger Mouse!

Danger Mouse, a children's cartoon, topped Britain's TV ratings thirty years ago, beating out even Coronation Street. Danger Mouse, which was voiced by David Jason from Only Fools And Horses, was the flagship of Cosgrove Hall Films, which was headquartered in the Manchester suburb of Chorlton-cum-Hardy. In 1983, an astounding 21 million viewers tuned in to see it, a record for a children's program that has yet to be surpassed. Danger Mouse - accompanied by bumbling sidekick Penfold, voiced by comedy actor Terry Scott - has been seen in over 80 countries as he battled the wicked Baron Silas Greenback.

It was a peculiarly British cartoon that ridiculed James Bond and was heavily influenced by Monty Python's anarchic comedy. The titular hero hid underneath a post box close to 221b Baker Street, literally across the street from Sherlock Holmes. The show's co-creators, Brian Cosgrove and Mark Hall say the show is based on Patrick McGoohan's 1960s TV show Danger Man. Count Duckula, Jamie and the Magic Torch, The Wind in the Willows and Cockleshell Bay were among Cosgrove Hall's animated series.

Sir David Jason gave the masked rodent's voice, imbuing it with an arrogant demeanor that made the most innocent of statements - "Good grief!" - into an immediate hit. He also played the show's narrator, a character in his own right who became tired of having to utter "meanwhile" as he connected the show's scenes.

Danger Mouse is still watched by millions of people worldwide.
Here are a few more of our favorite cartoons from the '80s...

Thundercats, the iconic 1980s cartoon about a race of sword-wielding cat people who arrive on Third Earth to protect its residents from the wicked Mumm-Ra, captivated millions of youngsters (and a few adults) thirty years ago. Tobin Wolf, a World War II veteran, designed it. Thundercats was produced during the golden age of toy-selling cartoon television. Whatever else you may think of the Thundercats, they still have the best opening theme tune of any show in their category. You’re singing it right now, aren’t you? "Thundercats are on the move....."
Lion-O, Panthro, Jaga, Snarf, WilyKat, WilyKit, Bengali, Tygra, Cheetara Pumyra, and Lynx-O are the major Thunderans. The Thundercats' saga concluded after 130 episodes when they beat Mumm-Ra and returned to their homeworld.

The show has been rebooted a couple times but the original remains a hit today.

The classic animated series Inspector Gadget ran for only three seasons, from 1983 to 1986. Still, it was broadcast in syndication for the rest of the decade and well into the 1990s. A film was made in 1999 about the dimwitted cyborg detective who needed the help of his niece Penny and her dog Brain to defeat Dr. Claw and his mad henchmen.

Inspector Gadget worked for the Metro City police department. All of the episodes took place in Metro City or began there. On the other hand, his tasks would frequently take him to a different part of the globe each episode. While the show was undoubtedly conventional, it was kept engaging by pleasant and appealing main characters, exotic and distant locations and excellent scripting. Furthermore, youngsters appreciate formulae and repetition, which helped the show maintain its popularity even after it was cancelled.

"Go-go gadget arms!" Inspector Gadget could activate each of his gadgets by saying its name (for example). The devices would frequently break down, prompting him to think that he needed a tune-up/check-up. The inspector appeared to have an endless quantity of gadgets strewn about his person. However, there were a few that showed up regularly.

Memory is a very amusing thing. You can strive as hard as you want to remember something from decades ago, but accessing the essential cell from the back of your brain is often tricky. At the same time, a whiff of potpourri transports you to your grandmother's house, a few seconds of your favorite retro pop melody transports you to your youth. A scene from a 1980s Saturday morning cartoon transports you back to your childhood, long before you all went your own ways.
Title image via intro screenshot
Newer
Older