Back In Time Documentary Kickstarted, The Space Invaders Available On Amazon Streaming 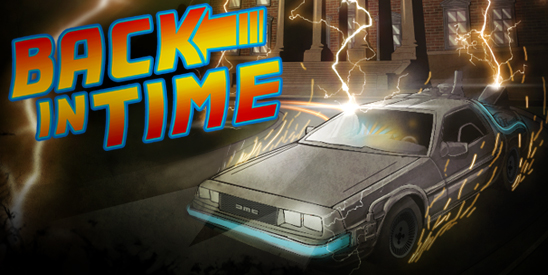 Two more documentaries came to my attention recently, one to be produced in the next couple years and one available now. Back In Time is a film to be produced and launched in time for the 30th anniversary of Back To The Future in 2015. The Space Invaders: In Search of Lost Time is the culmination of a 5 year journey by one filmmaker to visit video arcades that exist today.

If I could go back in time, I would've helped to fund the Kickstarter project for Back In Time. I was a few days late when I heard about this documentary which chronicles Back To The Future "through the eyes of the DeLorean Time Machine." Fortunately, several hundred fans made it in time to fully fund the film! Over $45,000 was pledged and now it's time for director Jason Aron, lead cinematographer Greg Lassik, and executive producer Louis Krubich to follow through on what will assuredly be a great documentary film...
From the film's website:

There is a reason that phrases like 1.21 gigawatts, the flux capacitor and 88 miles per hour ring true almost 30 years after the release of the first film. The "Back to the Future" trilogy has been a huge part of popular culture for over a quarter century and through this documentary, we will interview the key players that have made it so. However, the key element we will focus on is the Delorean time machine. What is it about this car that has the affect it does over people? What makes the car so important? Is it the car or the movie? These are just some questions that we will uncover.

Back In Time will make its debut at the We're Going Back 2015 reunion in Burbank, CA. I invite everyone to visit BackInTimeFilm.Com and follow @BackInTimeFilm on Twitter and Facebook for the latest updates. 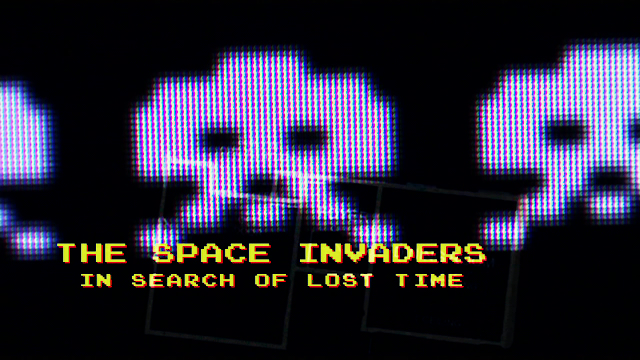 I've plugged arcade documentaries like Chasing Ghosts and King of Kong in the past on this blog, but The Space Invaders: In Search of Lost Time takes a new perspective. This feature-length documentary follows collectors in their quest to preserve arcades, sometimes by even building one in their own home. Here is the official synopsis:

Beginning with Space Invaders in 1978, arcade games began to appear everywhere. By 1982, there were 13,000 dedicated arcade locations across North America. It was the golden age of arcade games, generating $3.2 billion dollars in 1983. By 1985, revenue had fallen 97%. Atari declared bankruptcy. Arcades closed. Most of the old games were converted or destroyed. A few packed into warehouses where they remained, largely forgotten, for at least another decade. This is the story of arcade video games, and their second life in basements and garages all across the country.

Filmmaker Jeff Von Ward compiled footage over the course of 5 years to make The Space Invaders, his first feature film. It was released in April 2013 and is now available for free on Amazon Instant Video for Prime members or download $3.99 rent/$14.99 buy. If you want the Special Collector's Edition 3-disc Blu-ray/DVD set, visit TheSpaceInvaders.Org to purchase directly. You can also connect with The Space Invaders Facebook page and follow @SpaceInvadeFilm on Twitter.

Back to the Future Flames T-shirt - $17.95
from: TV Store Online
Newer
Older