What? A video game released on vinyl??!! It's true. If you lived in the UK in the early 80s and had a home computer, it was a good possibility that you owned the ZX Spectrum. It would became one of the first popular home computers in the UK, much like the Commodore 64 in the US.

Most video games for the Spectrum were released on audio cassettes instead of floppy disks. The computer would interpret a series of pulses recorded on the tape and subsequently load the game onto the computer in about 5-10 minutes time. In 1984 as part of a promotion, Quicksilva produced a text-based video game program for the British new wave group Thompson Twins on a vinyl record. It was then attached to the front cover of Computer and Video Games magazine (Issue 36, October 1984) along with the following special audio message from the band...

An article on page 11 gave readers all the information needed to play and more importantly, explained how to port the game onto their Spectrum computers! Obviously, it was impossible to just insert the record into the computer like a floppy disk (the article even warns against that,) but rather patch a record player directly to the computer or transfer the record onto a cassette. 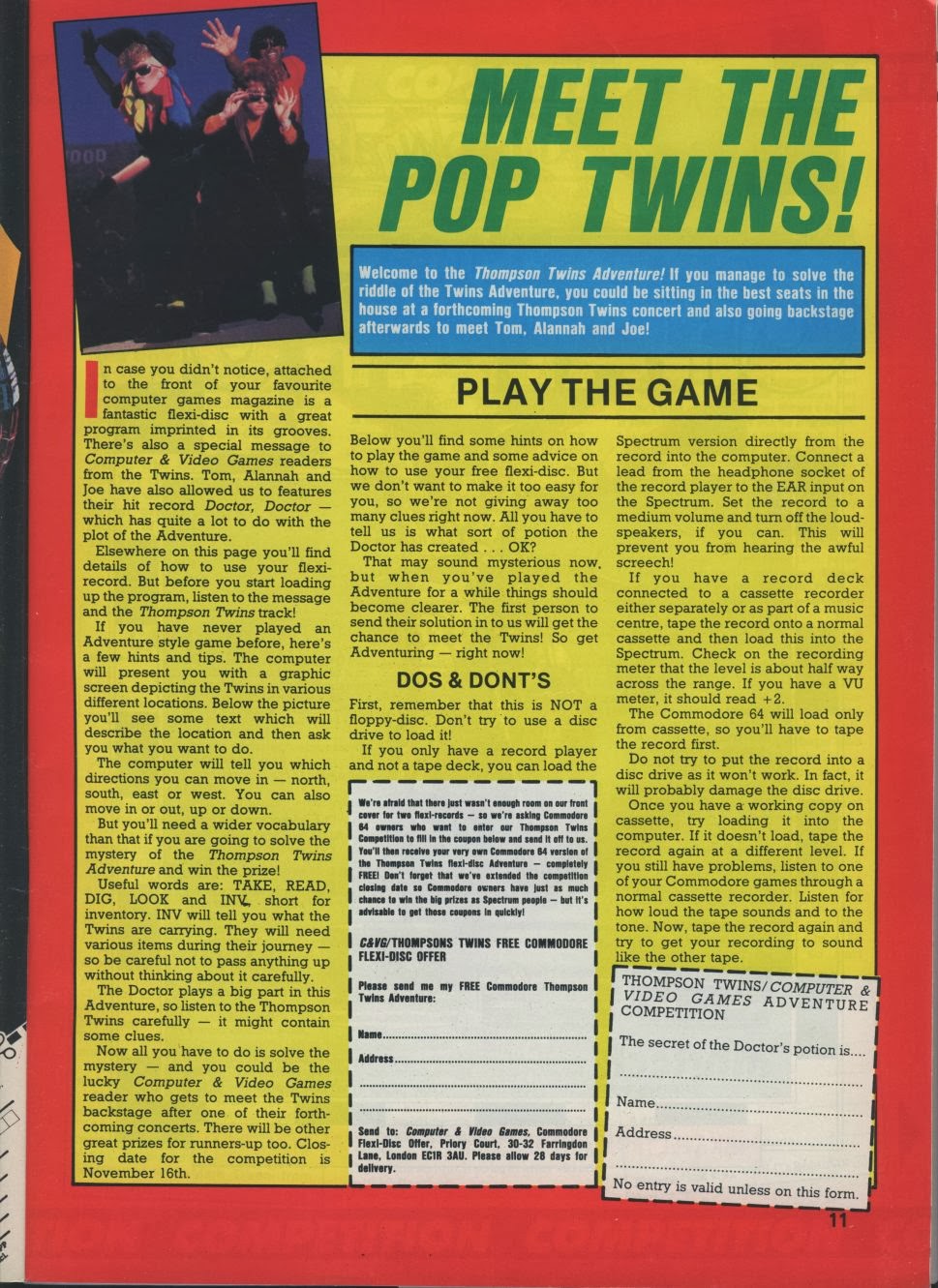 The game itself was very Oregon Trail-like in that you had to type a series of executable commands like "Dig" "Look" or "Read" in order to solve the mystery and win the game. An incorrect move would have Tom, Joe, and Alannah meet their doom. 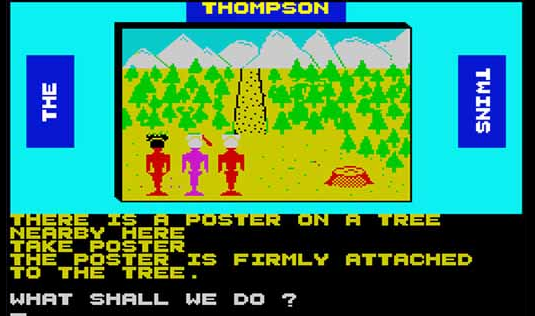 Amazingly, there was a winner who finished the game and got to meet the band backstage at a concert. But mostly, the video game is now remembered for being the first released on a vinyl record.