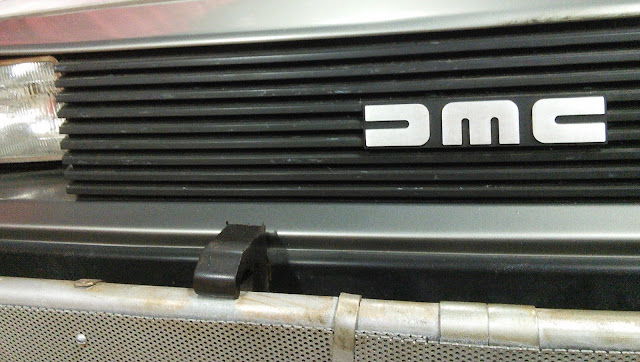 Retro Con 2015 served up a great selection of pop culture vehicles to encounter. Wyatt and I have previously shared our interest for meeting our favorite '80s rides when we visited the Akajunk garage last year. But even though we had previously met some of the Retro Con cars, it was still great to get up close and personal with mobile pieces of pop culture history! 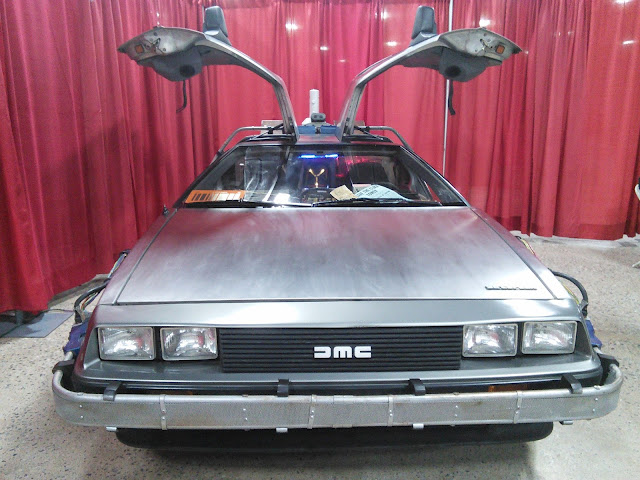 DeLorean Time Machine from Back To The Future II
Outside of being on the M.A.S.K. panel, this was probably my favorite experience of the con. I had only been close to one other DeLorean in my life and that was 15 years ago at Universal Studios when one sat in front of Back To The Future: The Ride. Of course, it was roped off so I couldn't get too close to it so I was elated to have the opportunity to actually sit inside one! From my memory, it was pretty close to screen accurate with the time circuits, digital MPH readout, and flux capacitor fluxing in the background. On the dash you could also find the license plate from 2015, a clock tower flyer, and Doc Brown's letter from 1855. I could've sat inside all day, but finally decided to let some others have a turn too! 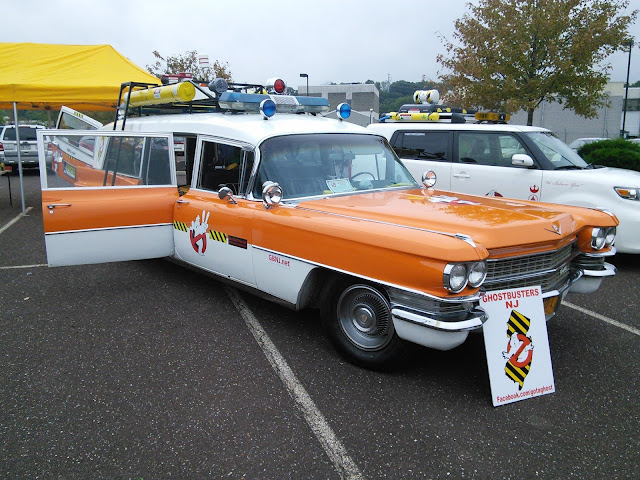 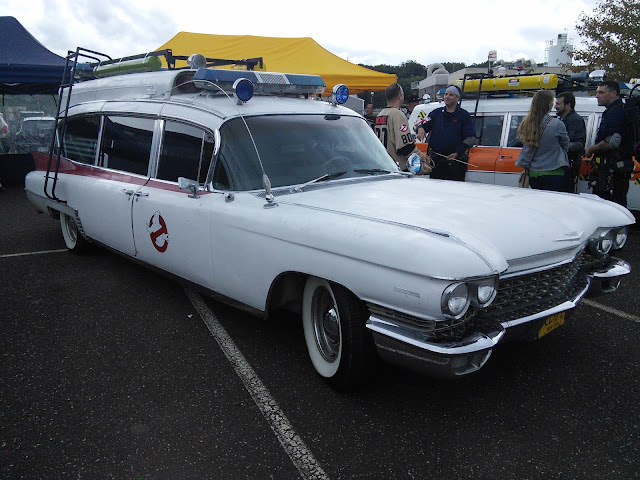 Ecto-1 And More
Ghostbusters was pretty much the most represented franchise of the whole con. There were guys (and girls) in uniform everywhere and three vehicles in the parking lot for snapshots. Our first encounter was with a custom Ecto-1A, featuring an orange and white paint scheme. Although it wasn't the natural look and missed some roof details, I still enjoyed my first encounter with the vehicle geared toward the sequel. A custom Ecto Scion was parked nearby that I would proudly drive around town. And then toward the end of the day, an original Ecto-1 showed up to complete the Ghostbusters circle of vehicles. 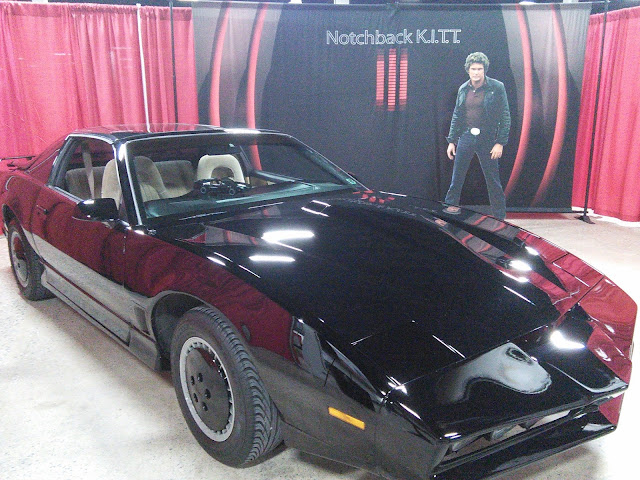 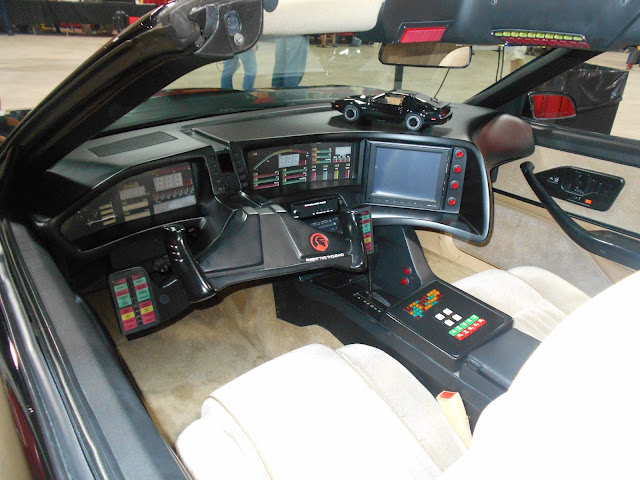 Notchback K.I.T.T.
I've seen K.I.T.T. a few times, but everyone had a hardtop roof. This was my first encounter with the Knight Rider car that had actual t-tops as featured in the show. Wyatt was also quick to point out that the interior featured the season 3-4 dashboard with updated LED lights and monitor. K.I.T.T.'s caretaker also told us that it was setup for voice responses, how cool is that! A cutout of The Hoff stared us down in the background as we checked out a display table nearby featuring Michael Knight's leather jacket, belt buckle, and wristwatch. 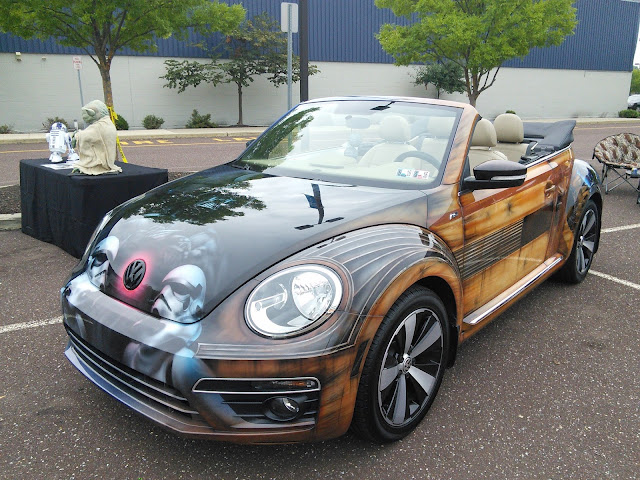 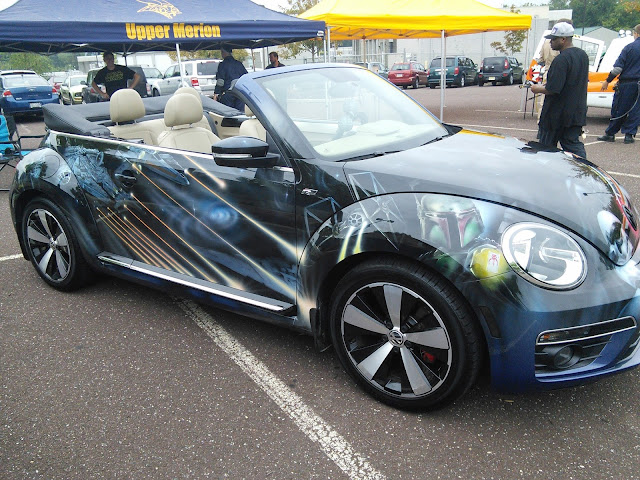 Custom Star Wars Beetle
A very unique ride that we encountered outside was a custom VW Beetle that was covered in Star Wars! The driver side looked like Luke's landspeeder while the passenger side featured a space battle. The front fenders and nose also featured Boba Fett and Stormtroopers. You could tell a great bit of detail went into the custom paint and graphics. Very cool! 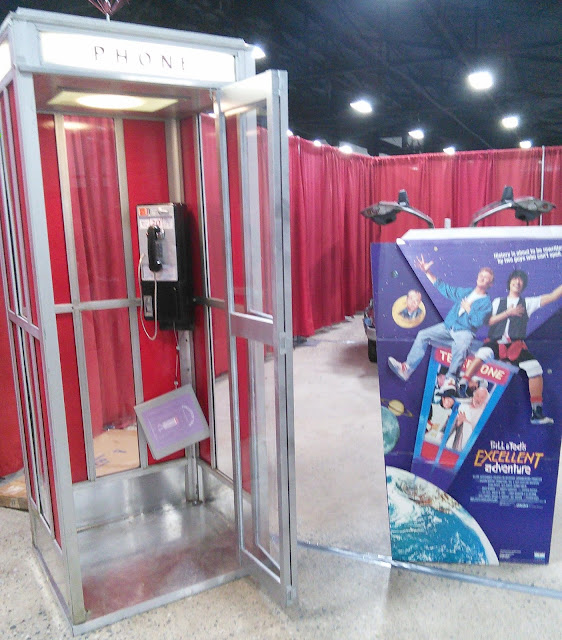 Phone Booth from Bill & Ted's Excellent Adventure
Around the corner from the DeLorean Time Machine was another familiar time-traveling "vehicle". Complete with an antenna on the roof was a replica of the phone booth used in Bill & Ted's Excellent Adventure. I've been meaning to rediscover the movie and seeing this at the con was enough to push me to watch it on Netflix this week. I would love to see a Circle K backdrop "travel" with this at future venues.

We had thought we might also see the General Lee, but it could be that the appearance was canceled or was only on site Sunday.

Be sure to check out RD80s' complete coverage of Retro Con 2015!
Newer
Older