Streaming The '80s: Jan 2016 "The Shining Explorers Flashdance With Thundercats" 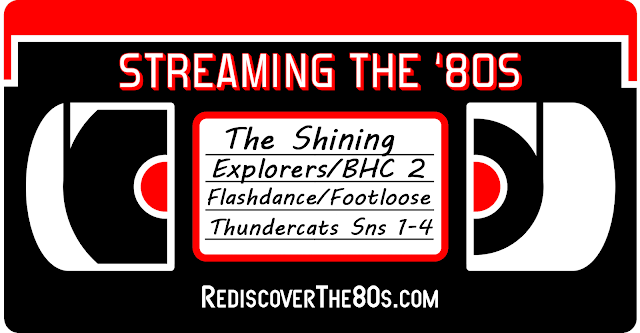 Streaming the '80s is your monthly source for the latest '80s titles available on Netflix and Amazon Prime. Not a member of these streaming services? Start your 30-Day free trial now by clicking on the previous links.

2016 brings some great new titles to both services that '80s fans will surely enjoy. Coming up later this month, you can watch 4 friends use a Hot Tub Time Machine to travel back to the '80s (January 8 on Amazon Prime) and the BMX/Mad Max style action flick Turbo Kid (January 25 on Netflix.)

Let's take a looking now at what's available now! Click any of the links to add to your queue. 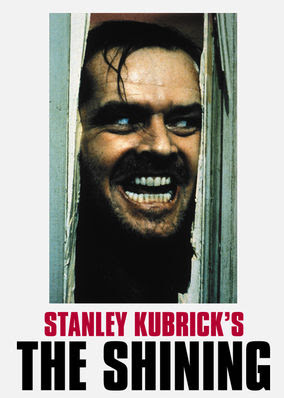 The Shining (1980)
Rated R Netflix
Jack Torrance descends into madness -- terrorizing his wife and young son -- after living at a deserted and eerie hotel during its off season.

I never really got into the Stanley Kubrick movies so I haven't got much input about The Shining other than knowing most of my movie critic friends hold it in high regard. But no matter how many times you've seen it, Nicholson's famous "Heeeeeere's Johnny!" scene is instantly recognizable. 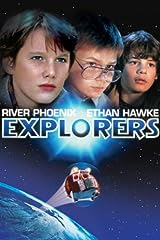 Rated PG Amazon Prime
In their makeshift laboratory, three boys use an amazing discovery and their ingenuity to build their own spaceship and launch themselves on a fantastic interplanetary journey.


Caught this on Netflix a few months ago for the first time. It totally missed me as a kid in the '80s although as much as I loved Flight of the Navigator, I probably would've loved it. Watching it now was a little hokey. The aliens they befriend remind me of something out of Pee-Wee's Playhouse more than outer space, but the movie wasn't a total waste. I thought the kid stars like Ethan Hawke and River Phoenix did a good job. 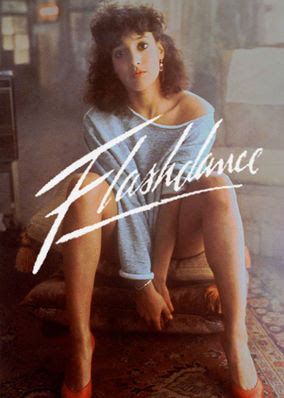 Rated R Netflix
Alex works as a welder by day and a stripper by night, but she dreams of training at the local conservatory and becoming a professional dancer.

This is one of those '80s films that I don't think I've ever fully watched. I love Michael Sembello's "Maniac" from the soundtrack, but that has never enticed me to sit down and press play. Maybe one of you can persuade me or prolong my hesitation to watch. 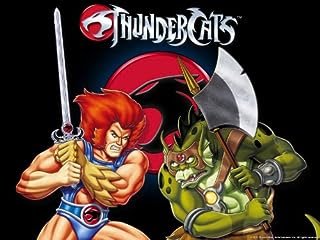 Thundercats (1985)
Rated TV-NR Amazon Prime
ThunderCats, ho! See how the legend began with the first 33 episodes of the original animated series. Born on the doomed planet Thundera, in a faraway galaxy, the ThunderCats - half human, half feline - must find a new home...


Thundercats is easily in my top 5 cartoons of the '80s. I own the first season on DVD, but really need to revisit the rest of the show. I have some good memories of all the creatures on Third Earth and the storytelling was top notch. 
As far as sequels go, I thought this one was pretty good at capturing the feel of the original. Bringing all the characters back and adding Brigitte Nielsen in her prime makes for another fun movie. It doesn't trump the original Beverly Hills Cop, but still worth the watch. 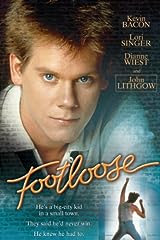 Rated PG Amazon Prime
Footloose portrays the timeless struggle between innocent pleasure and rigid morality, when city - boy Ren McCormick (Kevin Bacon) finds himself in an uptight Midwestern town where dancing - and therefore all youthful joy - has been banned.


This is one of those teen movies that set the stage for the success of John Hughes films like The Breakfast Club. It's a little more hokey then some of the other teen films and I definitely enjoy the soundtrack more than the actual movie itself, but it's still fun.

'80s Pop Ten Lists
Here are the 10 most popular '80s movies or TV shows currently available on Netflix and Amazon Prime and their position change from last month's list.

If you've missed last month's post, visit the Streaming The 80s archive. Most featured titles could still be available to stream. Also, feel free to comment with any movies or shows you've recently rediscovered on Netflix or Amazon Prime.