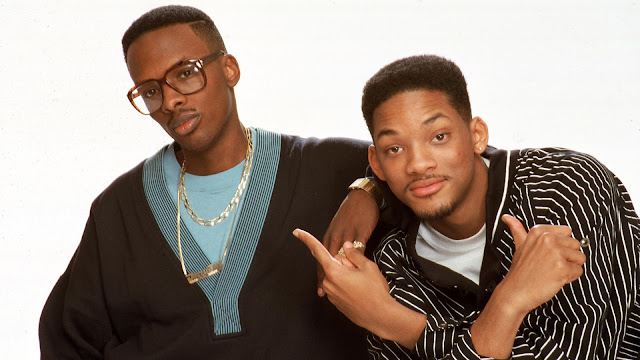 28 years ago this week in 1988, DJ Jazzy Jeff & the Fresh Prince released their 2nd album He's the DJ, I'm the Rapper. It was a huge commercial success eventually earning triple platinum status (selling 3 million copies) and helping them win the first ever Grammy award for Best Rap Performance.

Three singles were released from the album, the first being "Brand New Funk" which barely impacted the US R&B chart. However, the 2nd single would be the one that launched the album's success and receive heavy airplay on MTV. The Grammy award-winning "Parents Just Don't Understand" peaked at #12 on the US Pop chart and earned Gold status by selling more than 500,000 records. The 3rd single "Nightmare on My Street", which was never officially linked to the A Nightmare on Elm Street film series, also charted in the Top 15.

He's the DJ, I'm the Rapper had a huge impact on my personal music taste in the late '80s and early '90s. It built my interest in rap music which was first developed by Run DMC and also kept the duo as one of my favorites especially when the Homebase album was released in 1991. My pal Wyatt and I wore the cassette album out in our cars for many years and still listen to this day when we get together.

Here's my 5 favorite tracks from He's the DJ, I'm the Rapper:

Rediscover He's the DJ, I'm the Rapper this week via YouTube below or subscribers can listen to several tracks for free on their Greatest Hits album through Amazon Prime music. You can also join me by posting your memories or personal Top 5 tracks from the album in the comments.