Two more guests have been announced for Retro Con 2019! Continuing the 40th anniversary celebration of the classic sci-fi television show Buck Rogers in the 25th Century, Felix Silla (along with Gil Gerard) will be in attendance who played Twiki in nearly every episode. Through Silla’s emoting in the costume and voice characterizations by the legendary Mel Blanc, the feisty character made his indelible mark on TV pop culture! 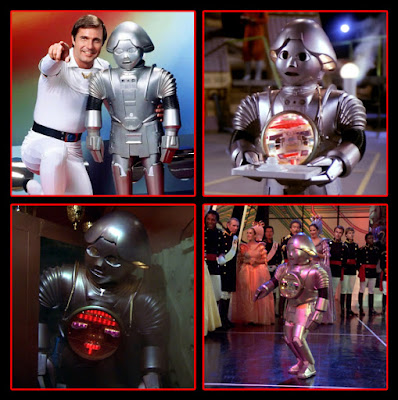 Silla has also had many other notable roles throughout his 50-year career including the “hair follicle-enriched” Cousin Itt in the classic tv series The Addams Family, one of the “Dinks” in Spaceballs, Lucifer in the original Battlestar Galactica series, a hang-gliding ewok in Return of the Jedi, and the peculiar space alien “Meathead” in Meatballs Part II. 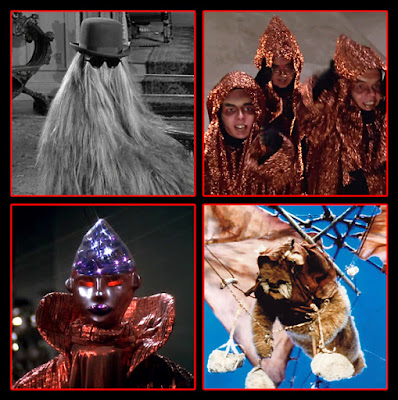 Also joining this year's growing guest list is toy and puppet designer Tim Clarke! The "King of Gross" is the co-creator of the '80s cult favorite toy lines Boglins and Sectaurs! He is also notable for his work in Jim Henson productions, where he designed and sculpted the Mystics in the Dark Crystal, and designed "Traveling Matt" for Fraggle Rock! Tim will be in Vendor Row 2 at the show both days. Stop by his table to check out his newest Boglins, Sectaurs, and Totims products. 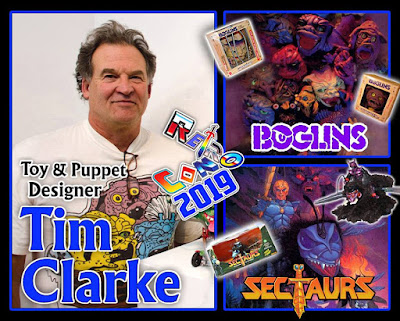 These guests join the aforementioned Gil Gerard, Dan Gilvezan and Melendy Britt for Retro Con 2019. Plus, be sure to attend the Cybertronic Spree concert Saturday night at the nearby Arnold's Family Fun Center (ticket info coming soon.) Look for more announcements right here on RD80s and don't forget to follow the official Retro Con 2019 event page on Facebook for all the latest information.

Retro Con 2019 will be September 14-15 at the Greater Philly Expo Center in Oaks, PA. Vendor tables and weekend passes are available now at the Retrocons.com website. Show hours are 10am-5:30pm on Saturday and 9am-4pm on Sunday. Weekend passes are $25 in advance with at-the-door admission available (kids 12 and under are free with paying adult.)