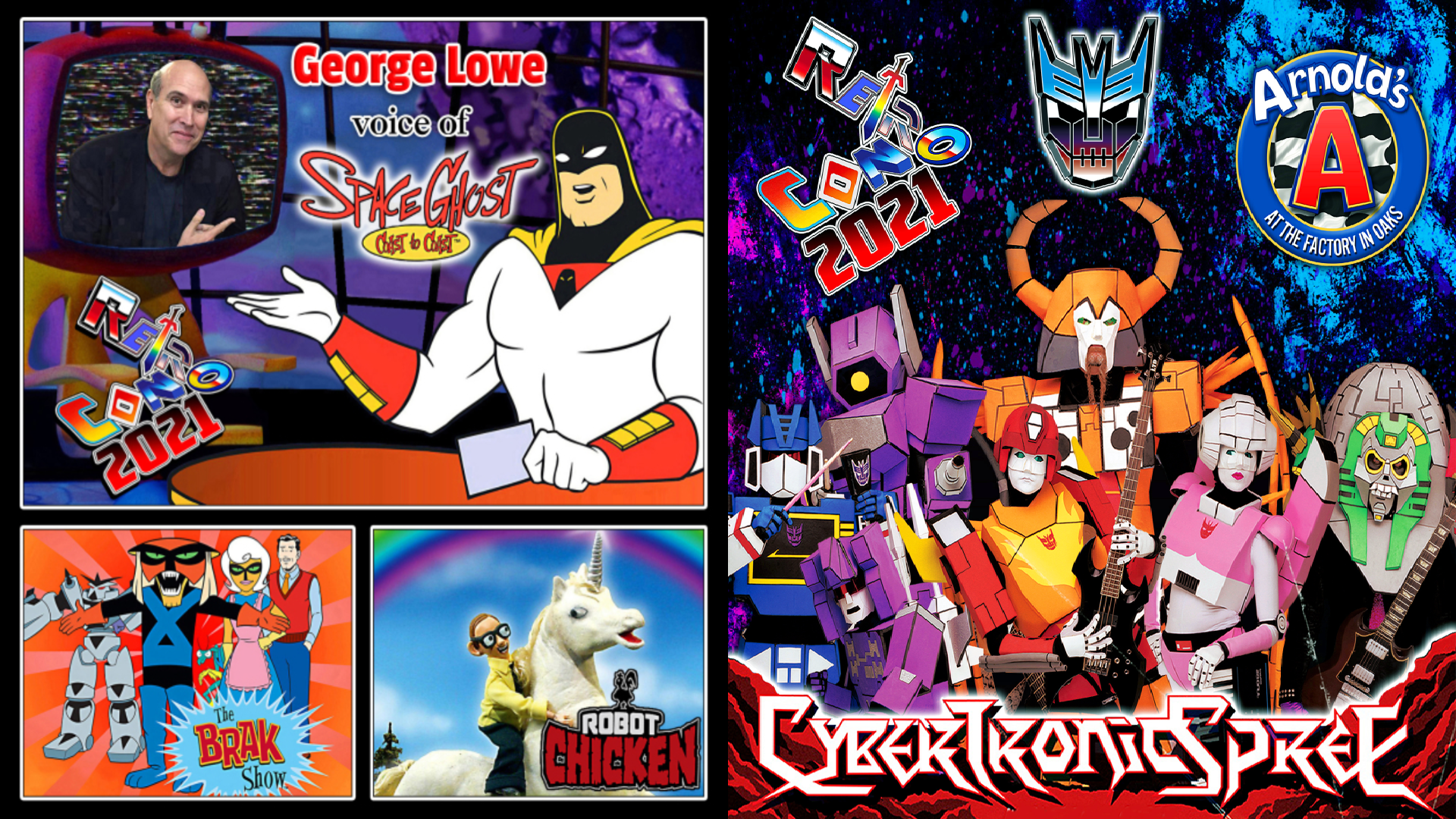 Retro Con 2021 is approaching fast and RD80s has you covered for all the latest news about the show. Circle the dates September 25-26, 2021 on your calendar and experience over 200 vendor tables, video arcade, special guests, raffle prizes, and more. Visit the Retrocons.com website for all the details. Tickets and weekend passes are now available!

Before we get to the new guests, we must pass along some unfortunate news. Alan Oppenheimer has had to cancel all appearances through the rest of the year following shoulder surgery. We wish him a speedy recovery and hope he might be able to attend Retro Con in 2022. 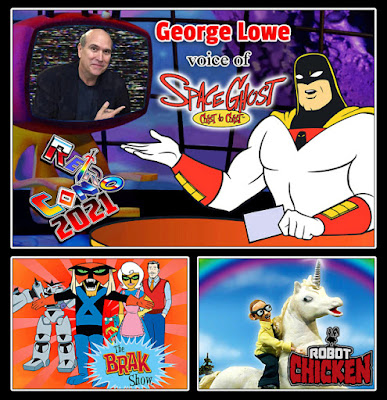 From coast to coast and coming to Oaks! Please welcome our next guest for Retro Con 2021: Voice actor George Lowe! George is best known for voicing superhero turned talk show host ‘Tad Ghostal’, better known to you as… SPACE GHOST!! George voiced Space Ghost in over 110 episodes for Cartoon Network between 1994 and 2008, as well as playing the character in cameo appearances in other CN shows. Space Ghost Coast to Coast was the unofficial start of ‘Adult Swim’ and inspired such popular series as Cartoon Planet, The Brak Show, Sealab 2021, Aqua Teen Hunger Force, Harvey Birdman, and The Venture Brothers. 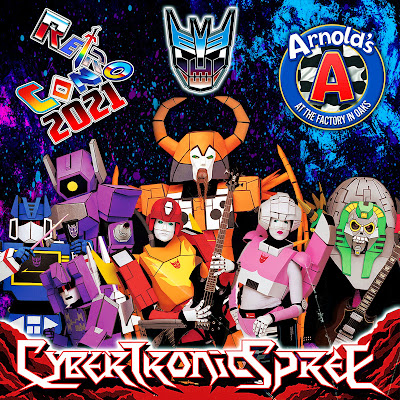 “Beyond Good. Beyond Evil. Beyond Your Wildest Imagination.” 2021 is the 35th anniversary of the 1986 classic animated feature Transformers: The Movie and Retro Con has the perfect band to celebrate this milestone, The Cybertronic Spree!
This band of Transformer characters are here on Earth with one critical mission: To party like it’s 1986! Join Hotrod, Arcee, Rumble, Unicron, Soundwave, Bumblebee, Shockwave, and all 5 faces of the Quintesson as they prove they’ve got the power to light your darkest hour! These rockstars in disguise play music from Transformers: The Movie, plus themes from hit films, cartoons, video games, as well as their own original tunes.
The Cybertronic Spree have been rocking conventions and events since 2013. They’ve captivated audiences across Canada and the US with performances at such places as Anime North, Toronto ComicCon, Nerd Noise Night, Brooklyn Academy of Music, Montreal Comic Con, Dragon Con, Hasbro PulseCon, and of course (in their original US concert debut in 2017)… Retro Con! In that time, they went from the “best kept secret in music” to “must see musical experience”! And we couldn’t be happier for them.
The Cybertronic Spree will be attending Retro Con 2021 early in the day on Saturday (September 25th) as convention guests, where fans can meet with the band and purchase band-related merchandise. (Tentative times are 10am to 1pm.) But of course we won’t stop there! The Spree will also be performing a LIVE IN-PERSON concert that Saturday night at 8pm at the nearby Arnold’s Family Fun Center! Tickets for this concert/after-party will be separate and will go up for sale in early July!
More announcements for Retro Con 2021 will be posted on Rediscover the 80s as they are available. We hope to see you at the show!
Newer
Older