What No One Told You About '80s Homes And Their Style

Posted atJune 02, 2021Posted by:RD80s StaffLabels#1980s, #80s, #home decor, #Pop Culture Post a Comment
Share
Back in the 1980s after several decades of economic growth, many people in the United States and other developed countries had more spending power so were looking to buy their own homes. These new aspirations and booming middle class meant more new homes needed to be built. In 1981 the average house price was around $97,000 in the United States.
The expectations of new homeowners in the '80s were spacious houses with landscaped gardens, well-kept lawns, and modern architecture. The design features and layout of a typical 80’s family home often included spacious rooms, at least three bedrooms, a fireplace in the living room, a double garage, porch, a bathroom with a tub and shower, a lawn, and a turnaround driveway.
Looking back, the design, style, and decor of a 1980s home may seem dated, ugly or tacky to some people nowadays but on the other hand, there is a palpable craze for all things retro and vintage '80s. The guide below looks at all the intriguing ways 1980s homes were designed, furnished, and decorated. 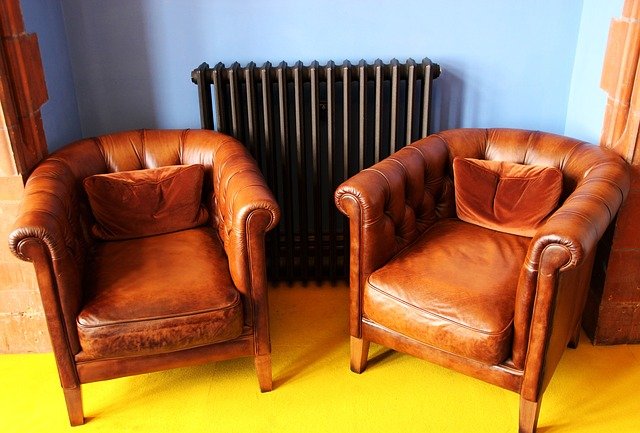 Bedrooms in the '80s were regularly decorated using pastel color palettes and geometric shapes. Bedrooms in new-build '80s homes were often spacious allowing for bed dimensions that are similar to those today. These pastel themes were usually present throughout the interior decor including the bedspreads, carpets, and curtains to match.
The use of pastels in '80s interior decoration although toned down somewhat since the '70s was still widely used and sometimes overdone. Peach, pink and purple pastels were standard colors of choice for pillow covers, carpets, walls, and duvets.
Another bedroom decor trend from the '80s included the use of a soft white theme that incorporates lace canopies and pure white pillows and duvet to create a dreamy and romantic vibe.
Themes focusing on bold stripes were also a choice for some decorating their bedrooms in the eighties, for example, red and white striped bed throws, cushions, and curtains were used to compliment walls of solid red.

Houses built in the 1980s are usually the least desirable for house hunters as they often have dull facades, cathedral-style ceilings, and fake chimneys. However, one benefit of homes built in the era is that they are generally more spacious and family homes were built with ample storage, large gardens, porches, and a double garage.

Kitchens Got An Upgrade

Most 1980s kitchens were an upgrade on the kitchens of the '70s, as kitchens were becoming better designed, set up, and equipped. It became commonplace for kitchens to have modern refrigerators, ovens, and stoves, whilst for a food preparation area, large islands and sides were popular as they provided much more functionality compared to traditional kitchen setups.
A few features of 1980s kitchens are memorable now for their dated look including linoleum flooring, ceramic tiling, and wood cabinets. Wood was used extensively in 80s kitchen design for cupboards, units, and trim along with marble or tile worktops. A cheaper and often uglier alternative to quality wood was laminated MDF.

They Were Full Of Now Retro Appliances

The increasing disposable income for a large portion of the population in the 1980s continued the strong growth of sales in household appliances, gadgets, and electronics. Some of these now seem odd or even laughable to us, however certain hardware from the eighties with a particularly retro feel may be collectible and sell for an unsurprising amount.
Modern appliances such as fridges, freezers, ovens, stoves, and washing machines were typically found in '80s kitchens and laundry rooms and were often a standardized white. In general, appliances were much bigger, less sleek, and not quite as user-friendly, for example, all washing machines were top loading.
By the 1980s, the living room had already been cemented as a central gathering point and hub in the house where a family could relax on the sofa whilst watching their favorite shows. Of course, there was no Internet in the '80s so streaming shows was impossible, however cable TV flourished over the decade. TV sets in the '80s were heavier, needed a much larger stand or cabinet to be sat on, and came in oversized plastic casing. 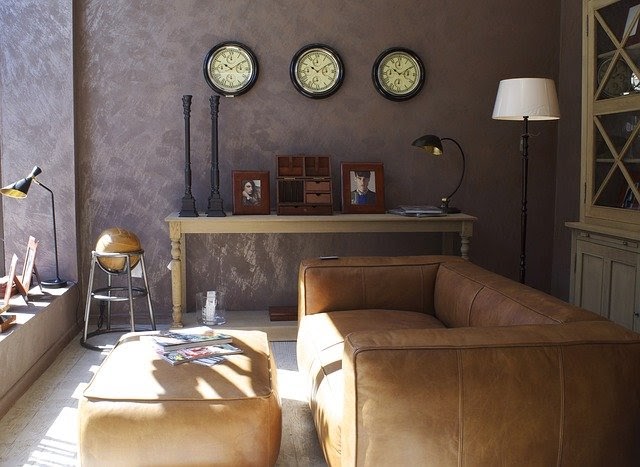 Going into the '80s, trends in bathroom design and decor started to move away from bright and garish colors, motifs, and patterns and instead incorporate cleaner lines and neutral colors. White or beige were often the colors of choice for paint or tiles.
Demand for luxury bathrooms was also on the rise in the '80s as people wanted to unwind in style after a long day at work, and this led to many '80s homes being fitted with sunken baths, power showers, and marble floors and fittings. Although bathroom renovation would have been expensive at the time, many of the color schemes and fittings from the 80s now look outdated, gaudy, and jaded to some whilst others enjoy the retro feel.

The mainstays of '80s living room decor were furnishings, curtains, and carpets in earthy beige tones within light rooms ideally with large windows but if not then the light was accentuated by the use of wall mirrors, mirrored cabinets, and glass coffee tables.
Other additions to '80s living rooms were mini-bars, glassware shelves, pastel ceramic ornaments, crystal vases, and house plants such as succulents dotted around and in the corners.
A common design feature in houses built in the '80s is a combination of the kitchen and dining room into one open space, which could sometimes have a serving bar between the two.

In winter months carpet can be especially comforting and warming when walking around barefoot or in slippers. During the 80s, carpeting a house was the choice for most homeowners. The rooms that were nearly always carpeted in 1980s homes were the bedrooms, living room, dining room, hallways, corridors, and puzzlingly even bathrooms and parts of the kitchen.
For fans of the retro '80s look or enthusiasts of the decade’s rich history, taking a look at the style and decor of a 1980s house can be a real eye-opener and treasure trove of new ideas.
Newer
Older