Posted atJanuary 07, 2022Posted by:RD80s StaffLabels#Grandmastter Flash and the Furious Five, #Hip Hop, #MC Lyte, #Music, #N.W.A., #Notorius B.I.G., #Public Enemy, #Queen Latifah, #Rakim, #Run DMC, #Tupac Shakur Post a Comment
Share
Hip-hop is a genre of music that blends dj-ing, layering tracks, mixing in samples, and rapping. Here are only 10 of the dozens of people who have contributed to the hip-hop genre and been a major part of this cultural phenomenon. 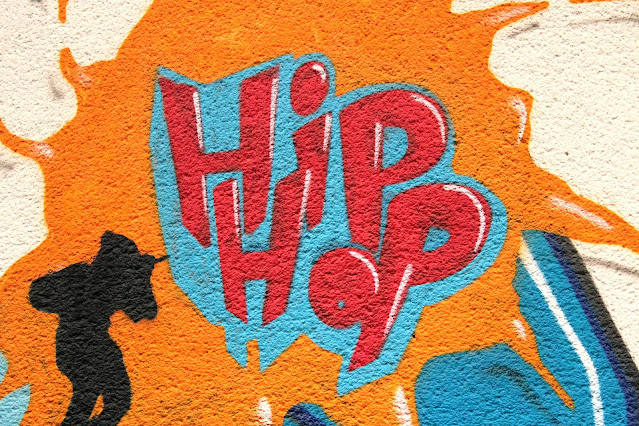 If you have done any photo restoration you might have seen some pictures from this period, but portraits of these stars usually don’t need much touching up. Here are hip-hop stars from that era who inspired the hip-hop stars of today.

Tupac Shakur was a rapper out of California who spoke out about being black in America. He was an activist, his music reflected the injustice he saw around him. He was gunned down tragically in 1996.

While he was active there was a feud between the East and West coast of the US that got bloody. He represented the west coast and had a bitter rivalry with the Notorious B.I.G. He even laid an infamous dis track for Notorious B.I.G. called “Hit Em Up."

Christopher Wallace a.k.a. Biggie Smalls or the Notorious B.i.G. was a representative of east coast hip-hop. He was famous for his effortless flow and known for his timing and his technique. His delivery was smooth and described as “lethal.”

He was also gunned down, only a few months from Tupac, a victim of the beef between the east and west coast.

Wu-Tang Clan erupted out of Staten Island. They were on a mission to wake those who listen to their music to the injustices faced by the black population. Their songs like C.R.E.A.M. exposed the world to the black experience in New York.

Grandmaster Flash pioneered mixing music. He started cutting and scratching records to make the signature sound many of us associate with hip-hop. He was one of the innovators of hip-hop music and was honored by the Rock n’ Roll Hall of Fame for his contributions.

A hip-hop group from Compton, California, N.W.A. rapped about being black in LA and the excessive force used by the police there. It’s some of the most influential music of its time period.

MC Lyte was a pioneering female MC whose album “Lyte As Rock '' was critically acclaimed. It also made her the first solo female hip-hop artist to release an album. MC Lyte opened the door for a lot of other female rappers and girl groups.

Rakim changed up the flow game. Rather than just speaking on the beat, he wove together multisyllabic rhymes and experimented with wordplay that other artists had not before. His album with fellow rapper Eric B., “Paid In Full”, was awarded the greatest hip-hop album of all time by MTV in 2006. It is ranked 61 in Rolling Stone’s 500 Greatest Albums of All Time.

Queen Latifah was another pioneering hip-hop artist that started from a group. She was originally a part of groups like Ladies Fresh and Flavor Unity but she struck out on her own and made several successful albums.

She has managed to transition into acting where we see her as a leading lady on the big screen and small screen. She nabbed a role on Living Single in the 90s. She is currently on the show The Equalizer.

Run-DMC had a signature rap-rock sound that set the tone for many other rappers who came after them. They toured with Aerosmith and had lots of successful albums. They are considered one of the biggest influences on “new-school” rap.

Composed of Chuck D and Flava Flav, Public Enemy was a rap group out of Long Island. They were inducted into the Rock N’ Roll Hall Of Fame in 2013 and won a lifetime achievement Grammy for their body of work.

Public Enemy wanted to make a difference with their music and put political messages in their lyrics. They preached pro-black politics and used controversial images in their shows. They made rap political with their famous song, “Fight The Power.”
Final Thoughts

A lot of hip-hop is about what the artists believe in. If it’s good rap then it’s coming from a place that’s deeper than just selling records. Some of the best hip-hop artists are the ones who had more to say than just how great they are. These are just some of the many, many artists who have shaped hip-hop.

Research more if you are interested, but better than reading about hip-hop is listening to it. Give these old-school artists a chance. You’ll be surprised how much the artists of today take from them.
Newer
Older