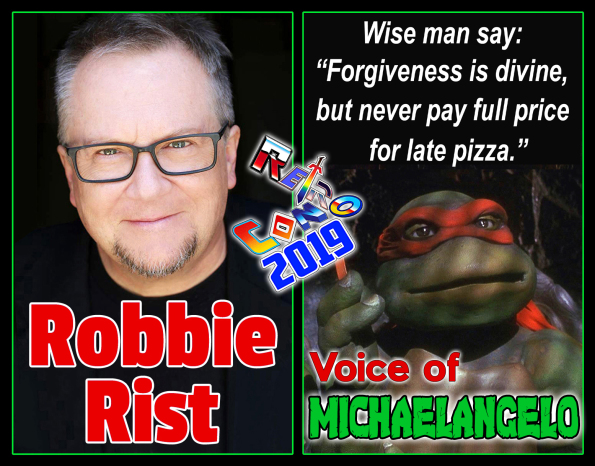 Another guest has been announced for Retro Con 2019, 45-year acting veteran Robbie Rist! His prominent role is voicing the high-spirited Michaelangelo in the '90s Teenage Mutant Ninja Turtles movies! Playing the energetic character in all 3 movies, who can forget lines like “Pizza dude’s got 30 seconds…”, “Ohh, a fellow ‘chucker, eh?”, and “Wise man say: Forgiveness is divine, but never pay full price for late pizza.”

You also might remember Rist a genius teenager “Whiz” in the hit '80s Saturday morning TV show Kidd Video. A hybrid of animation and live-action, Robbie not only voiced the character, but also acted in the live-action segments of the show which included those rad music videos. 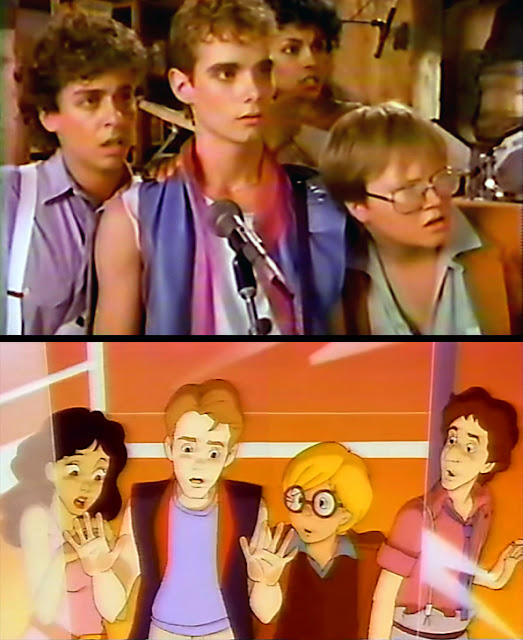 An actor since he was 8 years old, Rist can also be seen in The Brady Bunch (as Cousin Oliver), What’s Happening, The Bionic Woman, CHiPs, Knight Rider, Iron Eagle, and in Sharknado as Robbie the Bus Driver (he also co-wrote and performed the Sharknado theme song). Other notable animation roles include Choji Akimichi in the popular anime series Naruto, ‘Iggy’ in Initial D, sled dog Star in Balto, Stuffy in Doc McStuffins, Tricerashot in Transformers: Robots in Disguise, and Mondo Gekko in 2012’s TMNT series.

Robbie will be at the show both days, so catch him in the guest section on the show floor! He’ll also be part of a Q&A at the show (day and time to be determined soon). He joins the previously announced Retro Con 2019 guest list of Gil Gerard, Melendy Britt, Felix Silla, Tim Clarke, and David Kaye. Plus, don't forget the Cybertronic Spree concert Saturday night at the nearby Arnold's Family Fun Center (tickets now available!) Look for more announcements right here on RD80s and don't forget to follow the official Retro Con 2019 event page on Facebook for all the latest information.


Retro Con 2019 will be September 14-15 at the Greater Philly Expo Center in Oaks, PA. Vendor tables and weekend passes are available now at the Retrocons.com website. Show hours are 10am-5:30pm on Saturday and 9am-4pm on Sunday. Weekend passes are $25 in advance with at-the-door admission available (kids 12 and under are free with paying adult.)