Posted atJanuary 12, 2012Posted by:Jason GrossLabels#1980s, #80s, #First, #game show, #Jim Lange, #The $1000000 Chance of a Lifetime, #TV Post a Comment
Share
If somebody asked you..."what was the first game show to give away one million dollars?"...you might guess Who Wants To Be A Millionaire?, but you'd be incorrect! About 13 years before Regis Philbin was asking trivia questions was the game show $1,000,000 Chance of a Lifetime... 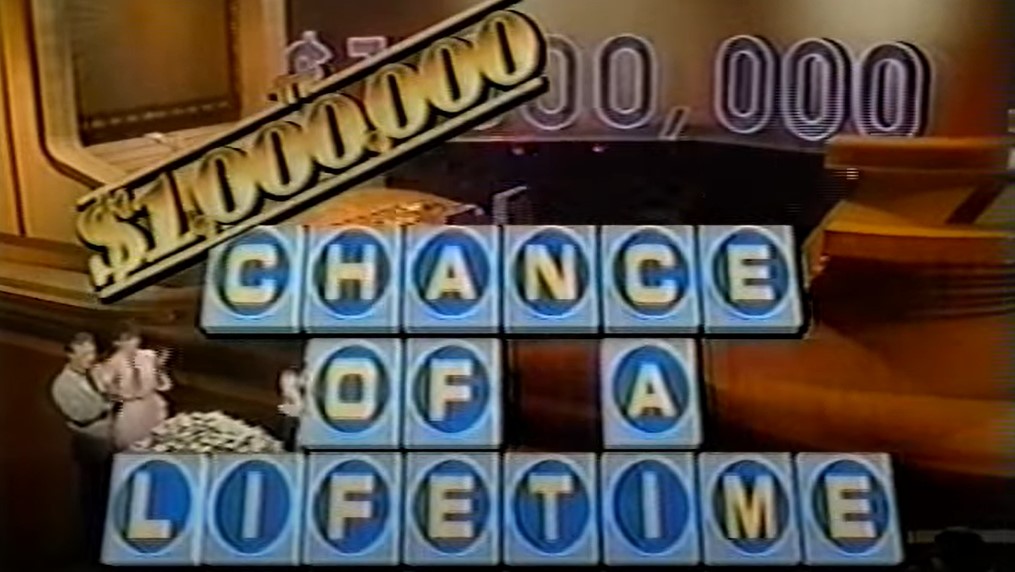 The show ran for two seasons from 1986-87 and was hosted by game show veteran Jim Lange. It consisted of two couples solving puzzles, much like Wheel of Fortune, but with a stack of cash worthy of a World Series of Poker tournament, an over-sized computer screen & keyboard, and a sound-proof isolation booth for the bonus round. Nowadays, you can find real money online pokies for the same kind of excitement.

I'm sure the $9 million (and change) that they had to shell out was one of the reasons that it only lasted for two seasons. The million dollar prize was actually annuitized over 25 years and in the second season offered $100,000 worth of prizes (including two new cars) plus a $900,000 annuitized payment. But surprisingly even with the largest prize in game show history, the show's popularity dwindled from its initial high ratings.
The third season plans never happened and the show's format was sold to a UK production company, which gave it the name "All Clued Up" and lasted for five seasons. I vividly remember watching the show with my dad who is a game show fanatic. So much so, that was bought the board game as seen below. I still have the game despite several attempts to sell on eBay.
Newer
Older