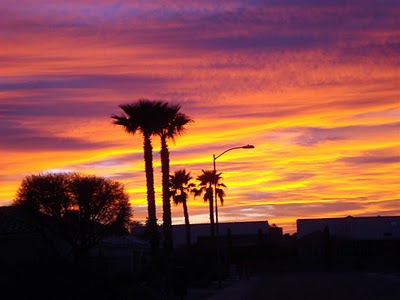 2013 is the 30th anniversary of the debut of the television program Night Tracks. For those who don't remember, it was late night show that played music videos during the overnight hours on TBS aka "the Superstation." As a tribute, here is an Ultimate '80s Playlist featuring the best "night" tracks!

The evening hours have been a popular topic throughout recorded history from the Beatles' classic "A Hard Day's Night" to the recently popular "Some Nights" by Fun. The '80s was no exception, showcasing popular "night" songs across the charts of all genres of music.

Here's my playlist of the best '80s tunes with "night" in the title. As usual, click on the song title to watch the music video on Youtube. (FYI, I purposely left off songs with "tonight" in the title as I can probably compile another playlist just with those. Sorry, Genesis and INXS fans!)

"All Night Long (All Night)" by Lionel Richie (1983)
Can't think of a better place to start this playlist than with Lionel Richie's #1 hit. The song actually topped three US Billboard charts (pop, R&B, adult contemporary) and was performed at the closing ceremony of the 1984 Summer Olympics in Los Angeles. A little known fact is singer/songwriter Richard Marx supplied background vocals on this song and other Richie tracks in the '80s before making a name for himself.

"Hold On To The Nights" by Richard Marx (1988)
And speaking of Marx, he had a #1 "night" hit of his own with this track. His self-titled debut album actually had two "night" hits including "Endless Summer Nights" which climbed to #2 on the US pop and AC charts also in 1988.

"One More Night" by Phil Collins (1984)
Collins achieved his second #1 in the US with this ballad from No Jacket Required. Don Myrick of the Earth Wind & Fire's famed horn section Phenix Horns performed the saxophone solo. The track is also featured in the opening credits of the 1986 film The Color of Money.

"Nite and Day" by Al B. Sure! (1988)
Exploding onto the R&B scene, Al B. Sure!'s debut single "Nite and Day" peaked at #7 on the US pop chart and #1 on the R&B chart. He would have more success on the R&B chart with four #1s and four other top tens, but would prove to be his only pop hit. Teddy Riley of Guy and Blackstreet fame played guitar on Sure!'s In Effect Mode album.

"Night Shift" by The Commodores (1985)
The Commodores' "Nightshift" would prove to be their most successful single after the departure of Lionel Richie in 1982. The song is a tribute to Marvin Gaye and Jacke Wilson who passed away in the year prior to its release. Drummer Walter Orange performs the lead vocals who also sang lead for their hit "Brick House."

"Don't You Know What The Night Can Do" by Steve Winwood (1988)
Following up the #1 hit "Roll With It," this track would also reach the top six on three different US charts. Winwood was highly criticized as a "sell out" because the song appeared in Michelob TV commercials before the Roll With It album was even released. He later defended that the album was complete before he was approached by the beer company which eventually became his tour sponsor.

"Lonely Ol' Night" by John Cougar Mellancamp (1985)
The lead single from Mellancamp's Scarecrow album would be one of three top 10 hits on the US charts. The song was inspired by the 1963 Paul Newman film Hud which was a personal favorite of Mellancamp. The music video was shot at a fair in Bloomington, Indiana.

"Sunglasses At Night" by Cory Hart (1984)
One of the quintessential '80s tracks, Hart's nocturnal anthem has one of the most recognizable synthesizer riffs in music history. It would be the first of nine top 40 hits in the US with several more in his native Canada. The track's original working title was "My Cigarette Got Wet."

"One Night in Bangkok" by Murray Head (1984)
This track might have been a one-hit wonder, but it wondered into the top 3 of ten different countries. As the music video portrays, the song was written for the musical Chess in which an American and a Russian chess player fall in love at the time of the Cold War.

"Freaks Come Out At Night" by Whodini (1984)
Although not achieving any success on the pop charts, the rap group Whodini would appear on the R&B charts mainly from 1983-87. After capitalizing on the previous Halloween season with "The Haunted House of Rock," this track from their Escape album would be released in time to scare up some Halloween fun in '84.

"I Drove All Night" by Cyndi Lauper (1989)
Lauper would score her final top 10 hit to date with this track reaching #6 in 1989. She would receive a Grammy nomination for Best Female Rock Performance. The song was actually written for Roy Orbison two years prior, but his version would not be released until after Lauper's success.

"You Shook Me All Night Long" by AC/DC (1980)
One of the Aussies most recognizeable anthems was the first track release on the Back in Black album. As far as the pop chart, it would prove to be their highest success until 1990's "Moneytalks." A little known fact is that the girl riding the mechanical bull in the video would actually spur herself twice during the filming. A roadie working on set came to her aid and they would marry about a year later.

"Lonely is the Night" by Billy Squire (1981)
From his multi-platinum Don't Say No album, this track didn't quite measure up to other hits like "The Stroke." However, it has since become a must-play on classic rock radio stations and was featured in the 2009 film "Couples Retreat" with the main characters performing it on the Guitar Hero video game.

"Shadows of the Night" by Pat Benatar (1982)
This track would prove to the most successful single from Benatar's Get Nervous album. It would earn her the Best Female Rock Performance Grammy for the 3rd consecutive year. Songwriter D.L. Byron would sue the country band Rascall Flatts in 2009 over the intro to their song "No Reins" for copyright infringement.

"I Love A Rainy Night" by Eddie Rabbit (1980)
Without a doubt, this song is Rabbit's most successful single. It peaked at #1 on the US pop, country, and AC charts and was certified gold for sales of over one million units. The track succeeded Dolly Parton's "9 to 5" at the #1 spot, the last time to date that country singles have succeed each other on the US pop chart.

"All Night Long" by Joe Walsh (1980)
This track from the Urban Cowboy soundtrack would be Joe Walsh's 2nd best single as a solo artist. The Eagles' guitarist benefited from several other pop country acts on the soundtrack album with successful singles.

Got a "night" track that I missed in the playlist? Leave it in the comments! You can also check out some of my other playlists like "Girl Names," "Dream," and "Colors" by visiting the Ultimate '80s Playlist archive.