Those who grew up in the 80s would argue that they had the best time growing up. There are several things to remember with a fond smile that made growing up in the 80s the best time. These events and symbols reinforce their belief that those who missed the 80s era missed a treasure greater than gold.

The symbolism of the 1980s culture is vast, varied, and influential. It affected every sphere of those who grew up in the era and even to this day. There are lots of symbolism essays provided by students that talk about the immense 1980s culture. There are various free essay samples you can check out to get you started.

The teenage culture in the 1980s was made memorable thanks to fashion. What is deemed fashionable changes from one era to another and, in the 1980s fashion had a field day or decade if you will? No fashion education is complete without a course or at the very least, a quick lesson in the 1980s. A lot of experimentation occurred with fashion in the 1980s and the designers went all out in their creations. Some of what is taught in school today as part of the academic class emanated from the experimentations that occurred in the 1980s.

For the wild and the unrestricted, fashion in the 80s resulted in some rather unique and quite memorable styles. No color was exempted and no fabric style was ignored. From neon to velvet, yellow to velour, everywhere was bright, bold, and colorful. The women of the era were unapologetic about their outfits and held their heads high with clothes that are deemed such a fashion error it is punishable by a jail sentence in today’s world. The 1980s fashion scene was filled with ripped tights and biker jackets; the outsized blazers and poof skirts.

The colorful outfits will not be complete without the accessories to match. Hoop earrings and sunglasses made their statements alongside the extravagant style. To complete the look were the trendy items like the scrunches and the fingerless gloves, the plastic bangles and the fanny packs, the pearl necklaces, and the mesh accents. Any 1980s baby would tell you the most popular clothing of the era for men was Oxford shirts, turtlenecks, and polo shirts which were worn with khaki, suspenders, and corduroy. For women, those who were in fashion donned on ripped jeans, Lycra, spandex, and high-waist jeans. 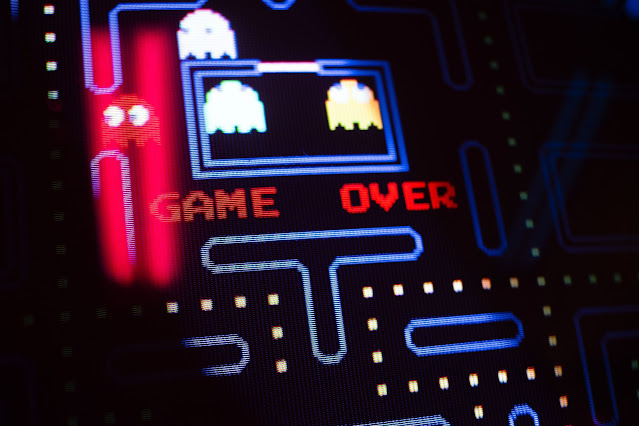 A great deal of the 1980s youth culture was largely influenced by popular games, fashion, and television, much like today’s world. One of the greatest 80s iconic things that made such a rave even until this day is the Rubik's Cube. Once the Rubik's Cube hit the streets, everyone was seen with one.

Young adults, teenagers, parents, and even grandparents had one Rubik's Cube they were trying to figure out. The puzzling game was also highly addictive so much so that Patrick Bossert wrote a book called “You Can Do The Cube'' when he was 12 years old. The guidebook provided answers and revealed the secrets of the game. The highly skillful marketing strategy sold over 1.5 million copies, providing relief to many frustrated people who have been bested by the Cube game.

Every college student who loves video games should know the video game era of the 1980s. The highly popular game Pac-Man made its debut in 1980 and it could be argued that Pac-Man was the most popular game of the era. Writing class assignments on Pac-Man will help brush up on the history of Pac-Man. The original design by Namco presented the game in a simple concept that is easy to grasp by anyone in a matter of seconds. The highly popular game changed the way the 1980s children grew up with champions rising on every block.

All eras have what defines them and what makes them stand out from the other. Pop culture in 1980 was defined by a great deal so much so that the 80s era had an impact on the coming generations. From music to fashion; games and even books, the 1980s era was filled with a lot of glitz and glamour that makes the year one to reckon with.
Newer
Older